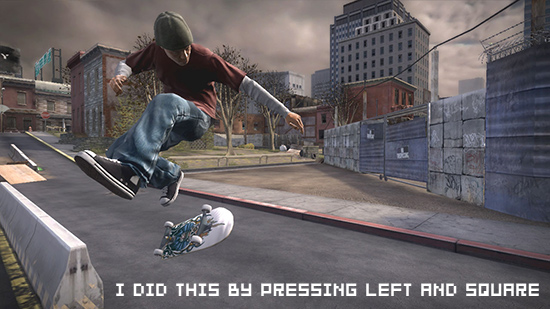 GamePro has put up a short blurb with an update on the sequel to Tony Hawk’s Proving Ground. The story focuses on a few lines from a USA Today feature on Tony Hawk — the man, the myth, the legend. The story discussed Hawk’s storied career in skateboarding and his widespread influence, which has been helped immensely by Activision’s Tony Hawk games, of course.

Part of the USA Today story listed Hawk’s varied business pursuits, the first of which was his eponymous videogame series. Apparently, Hawk still has a hand in the franchise, as he’s helping Activision to “reinvent and bring new thrills” to future entries in the long-running series.

It seems that the overwhelming success of EA’s skate. — it sold twice as many copies as Tony Hawk’s Proving Ground — has also invigorated Neversoft’s competitive drive. The article quoted Will Kassoy, Activision’s Senior Vice President, who introduced the “Tony Hawk Innovation Plan” by name only; no further details were given.

Destructoid’s readers already expressed their opinion exactly three months ago in a Game Debate to the Death, but does this four-word statement leave you guys with any hope for the future of the Birdman’s games? If not, well, good luck trying to pull off The 900 in skate.