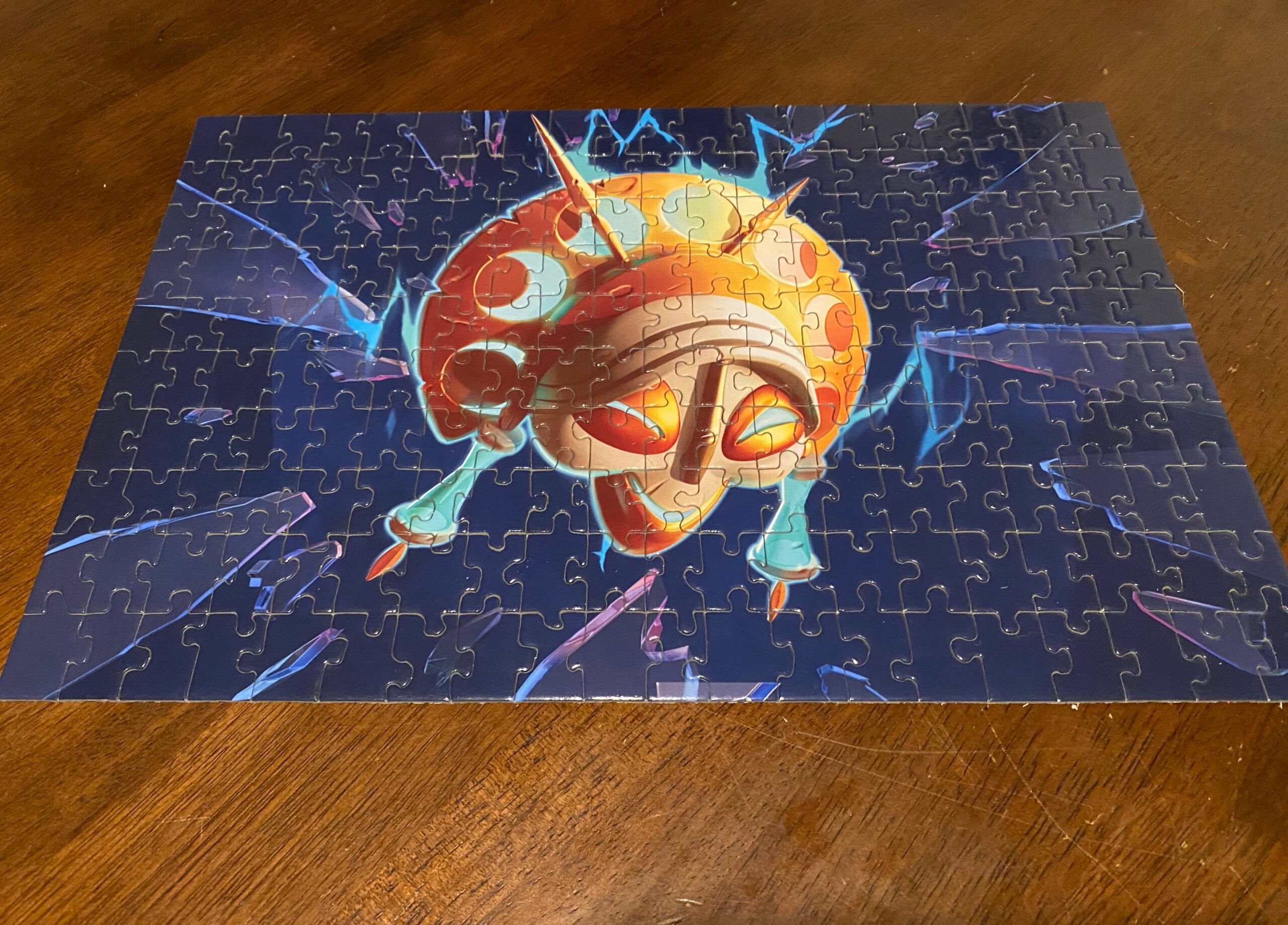 After a long hard week covering press conferences and finalizing my review for The Last Us Part II, I figured I was ready to hunker down and enjoy the weekend: Activision had other plans.

Arriving at my doorstep was an unmarked 200 piece puzzle with embargo information. There was no guide, just the blank box and the puzzle.

Challenge accepted. My job can be so weird sometimes, even if we are no strangers to jigsaw puzzles here at Destructoid.

After gathering up my puzzle-solving crew (read: my wife), I was ready to go, there was just one problem: I didn’t get a “key” for the puzzle. Yep, there was no indication of what the actual puzzle might be, and with lots of solid color pieces, we were in for a few twists and turns. 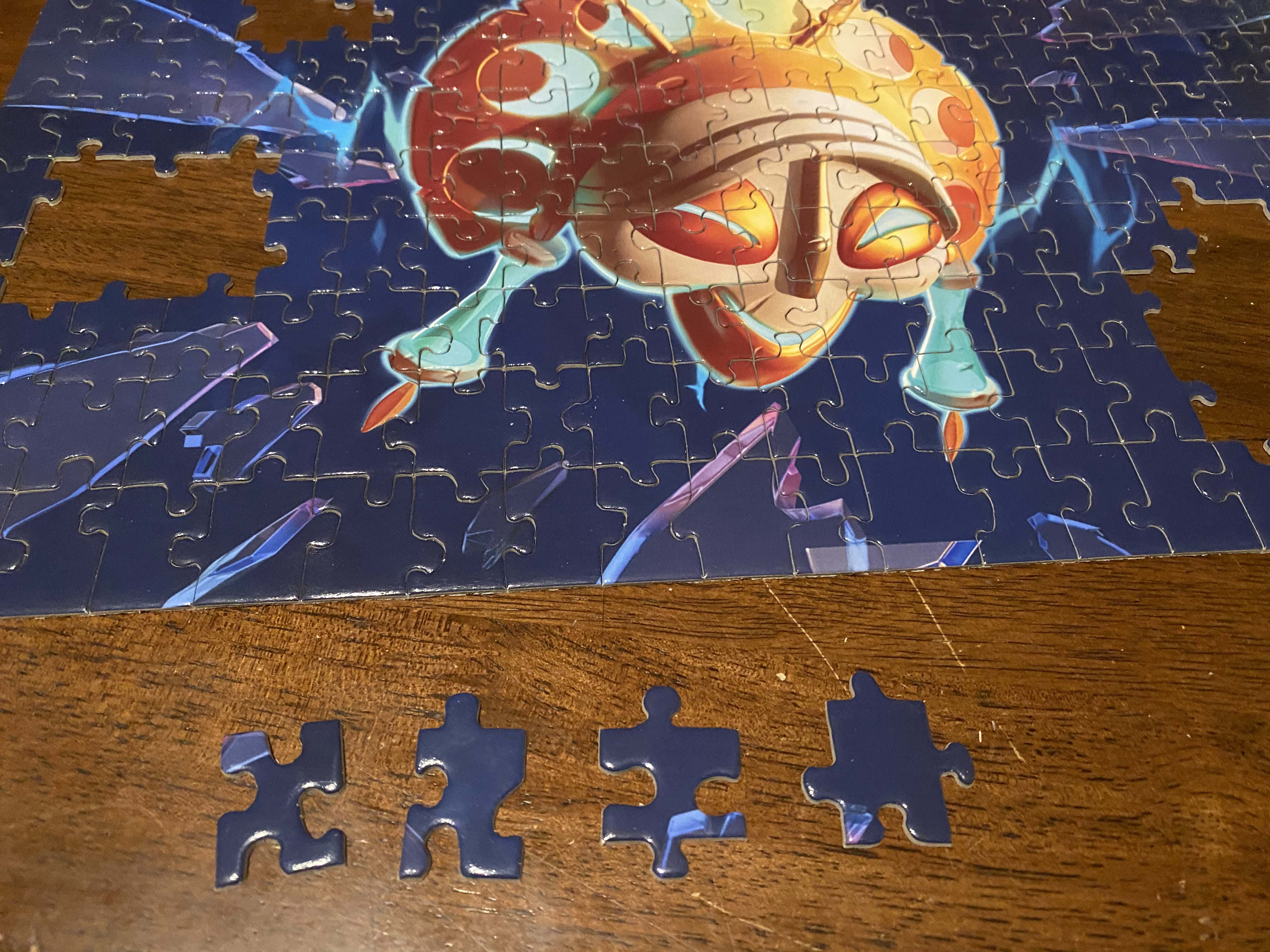 The first bit was easy.

Some pieces seemed to resemble an eyeball or another body part, so we started there, crafting the creature you see before you. Next was the border, which was easy enough despite the aforementioned focus on solid colors with faint glass and ribbon markers on some pieces.

The puzzle was about 50% done at this point, but the hard work was ahead of us (this is the only way a 200 piece puzzle is going to be considered “hard,” mind you). From there, it was time to really get into the nitty-gritty of puzzle-making. We separated pieces into “no ends, one end, two ends and three ends.” It was only a matter of time until everything snapped into place. So what did we end up with?

Well, it sure looks like a distant relative of Aku Aku or Uka Uka. Given the creature’s smirk, bat wings and general sense of wanton destruction it does not seem benevolent: almost like it could be the next antagonist of a future Crash Bandicoot game.

Given how hard the recent remaster trilogy crushed it, we’re past due!