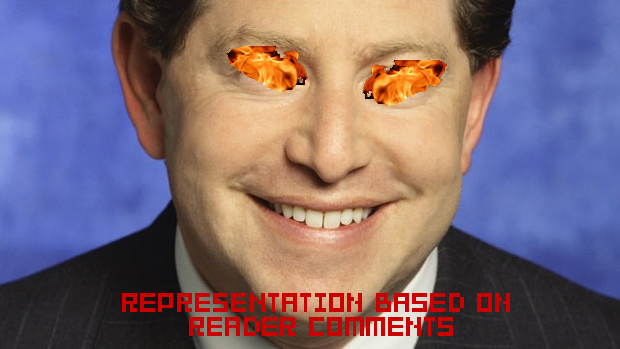 As you may have already read this morning, the saga of former Infinity Ward honchos Vince Zampella and and Jason West versus Activision took yet another turn today with the announcement of the duo’s new development company, Respawn Entertainment. Oh, and the company’s partnership with Activision’s chief rival, Electronic Arts.

In response to the news, a representative of Activision had the following to say to Destructoid:

“This agreement comes as no surprise to Activision given the myriad of improper activities detailed in the cross-complaint filed on Friday against Jason West and Vince Zampella. We look forward to continuing to work with Infinity Ward’s deep bench of proven talent on exciting new projects.”

Shockingly, it sounds like there’s no love lost over the announcement. I will say that I appreciate the use of the word, “myriad.” I’ve just always liked that one.

Nice compliment to everyone who’s still at Infinity Ward, though. I guess that talent is pretty valuable to them, eh?