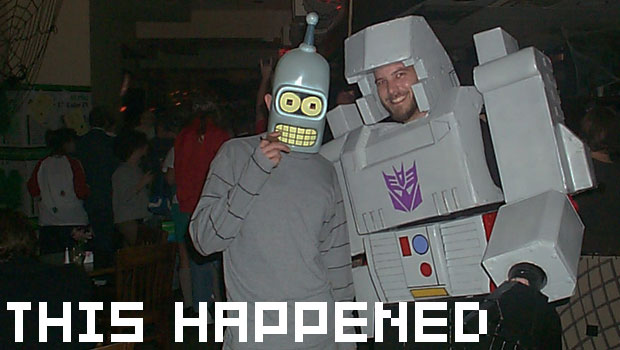 Note I wrote “almost.” Because if there’s one thing Michael Bay’s vision of Transformers doesn’t really have is that hint of 80s nostalgia that fans of the original cartoon are simply dying for. Activision’s upcoming title based on the upcoming film, Transformers: Revenge of the Fallen, is also missing that key ingredient.

But since Activision has revealed its plans for downloadable content that could incorporate more characters, MTV Multuiplayer’s Stephen Totilo has high hopes. While nothing has been confirmed (the DLC could, and likely will be, based on other characters in the film), Totilo wonders what gamers would pay to download something like a classic, playable Megatron character in Revenge of the Fallen.

As interesting as it sounds, I’m not sure I’d be willing to part with any cash unless it completely transformed (no pun intended) the game… perhaps cel-shaded Transformers action with a “You Got The Touch” intro?

Transformers: Revenge of the Fallen will ship alongside the film this June. Check out our recent preview for more details.