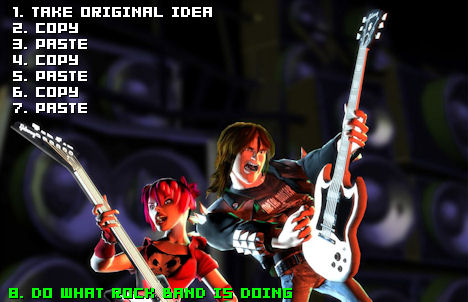 This is some rather unsurprising news, but it lends further credence to the idea that Activision has truly taken EA’s place as the crowning dick of the industry. When asked why Activision decided not to pick up certain titles it had spurned (think Ghostbusters or Riddick), CEO Bobby Kotick simply said that his company was interested only in games that could be “exploited” and turned into huge franchises.

Wow … at least Activision doesn’t pretend it’s in this business for anything but cold, hard cash.

Kotick confirmed that Activision abandoned a number of Vivendi’s games because they “don’t have the potential to be exploited every year on every platform with clear sequel potential and have the potential to become $100 million franchises. … I think, generally, our strategy has been to focus… on the products that have those attributes and characteristics, the products that we know [that] if we release them today, we’ll be working on them 10 years from now.”

Kotick added: “You still need to have production of new original property but you have to do it very selectively … the focus at retail and for the consumer is to continue to be  the big narrow and deep high profile release strategy … We’ve had enough experience that I think the strategy we employ is the most successful.”

So, the basic message seems to be that Activision is only interested in originality if it can keep re-using that originality for ten years. Something tells me that if the videogames market has another crash like the famous one of 1983, Activision will have a big hand in its arrival.