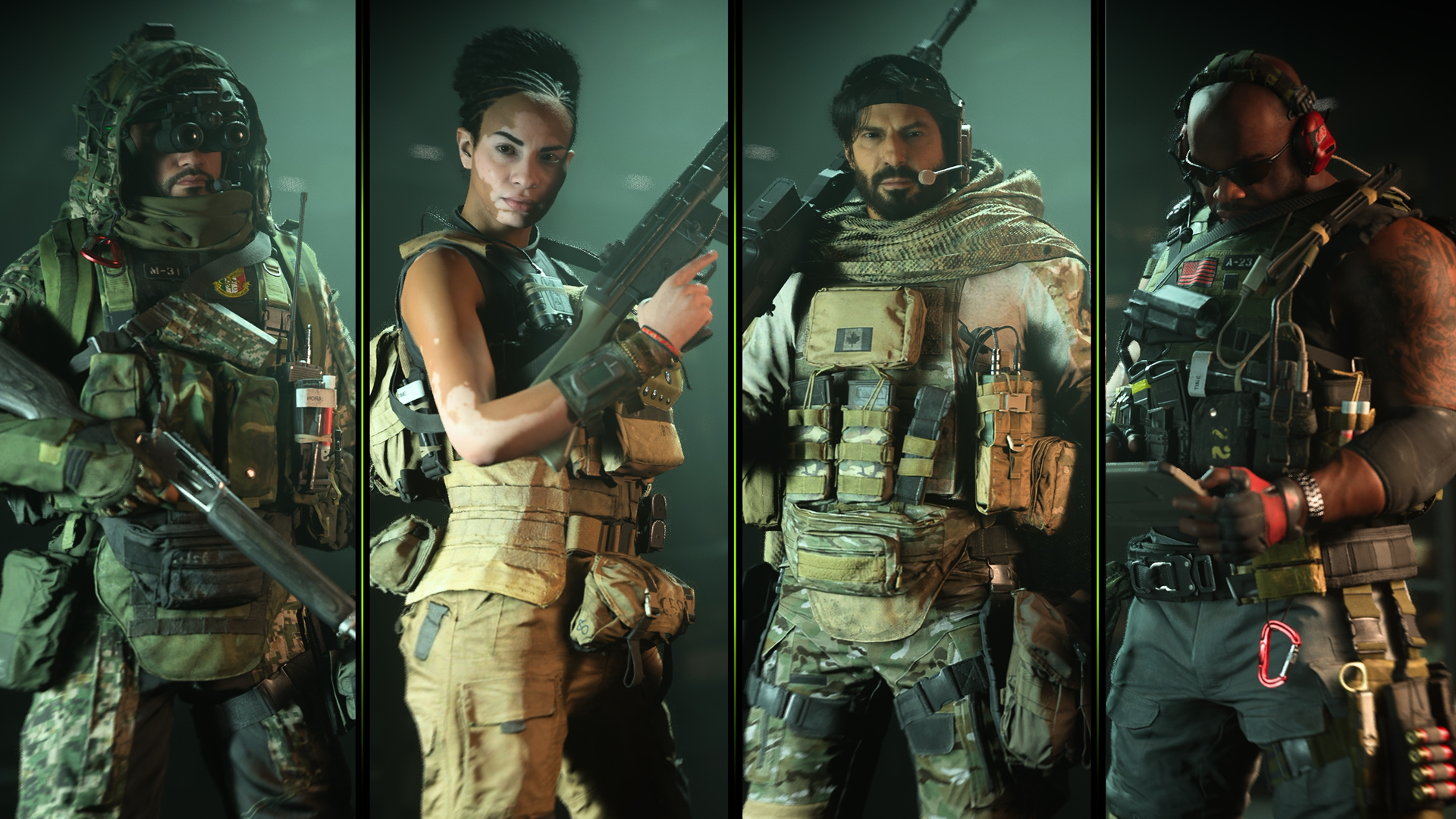 Players receive a variety of goodies, including a new gun

The Call of Duty series is most well known for its multiplayer, leaving the campaigns as an afterthought for many players. The series’ story mode can actually be a lot of fun, with all kinds of cool action movie set pieces designed to make you feel like the biggest badass alive. Even so, it’s only a small percentage of players who actually play the campaign, let alone finish it (a statistic that is true of most single player games as well). Now Activision is looking to remedy small completion rates with Modern Warfare II by giving those who finish the campaign some irresistible rewards, the company announced in a recent blog post.

If you pre-order the game, you can also get access to all of these rewards before the full release through Campaign Early Access. Activision didn’t confirm whether you get the rewards as you go through the missions or all at once at the end, but if I had to guess, I’d put money on the former. 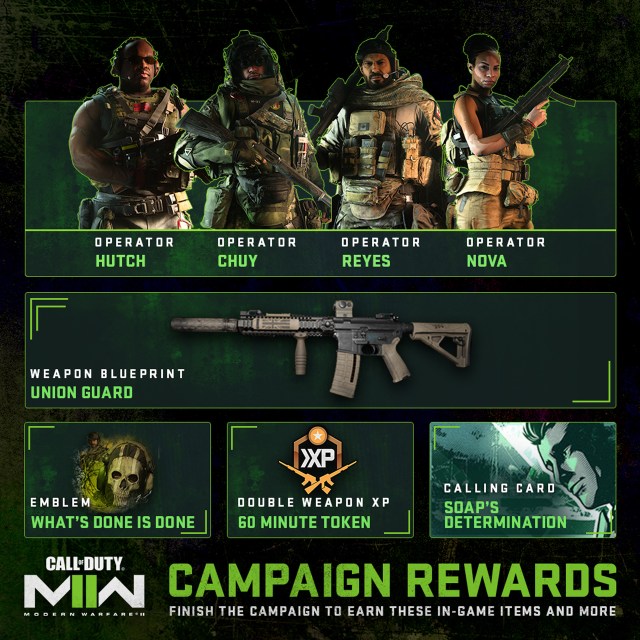 Here’s everything you can earn in “chronological mission order:”

That’s not all, though — players who complete the full campaign will also receive the Union Guard Weapon Blueprint. The powerful assault rifle comes with four pre-equipped attachments, including “the Aim OP-V4 Reflex Optic, the SZ 1MW PEQ Laser, the FSS Covert V Silencer on the Muzzle, and the Lockgrip Precision-40 Underbarrel Vertical Grip.”

Don’t worry if you don’t plan on pre-ordering Modern Warfare II — all of these rewards will be available to unlock at any time. The lure of getting them early is just another way for Activision to rake in the pre-orders.