Original Character Do Not Steal

The lawsuit was filed in a Texas court by Clayton Haugen, a North Carolina-based writer and photographer, who alleges that Activision stole Mara’s appearance from photographs of his fictional character “Cade Janus.” The character of Janus features in Haugen’s short story November Renaissance, with the photographs taken for marketing purposes as Haugen hoped to option the story to studios as a potential movie project.

Haugen alleges that Activison not only hired the same model – streamer and cosplayer Alex Zedra – to portray Modern Warfare‘s Mara, but also used the same make-up artist as Haugen, and attempted to source the same props used in Haugen’s original shoot. Haugen claims that his photographs – which had been shared on social media – were a direct source for the development team and were pinned to the studio’s walls.

Pictured below are comparison photos of “Cade Janus” and “Mara” as featured in the lawsuit. 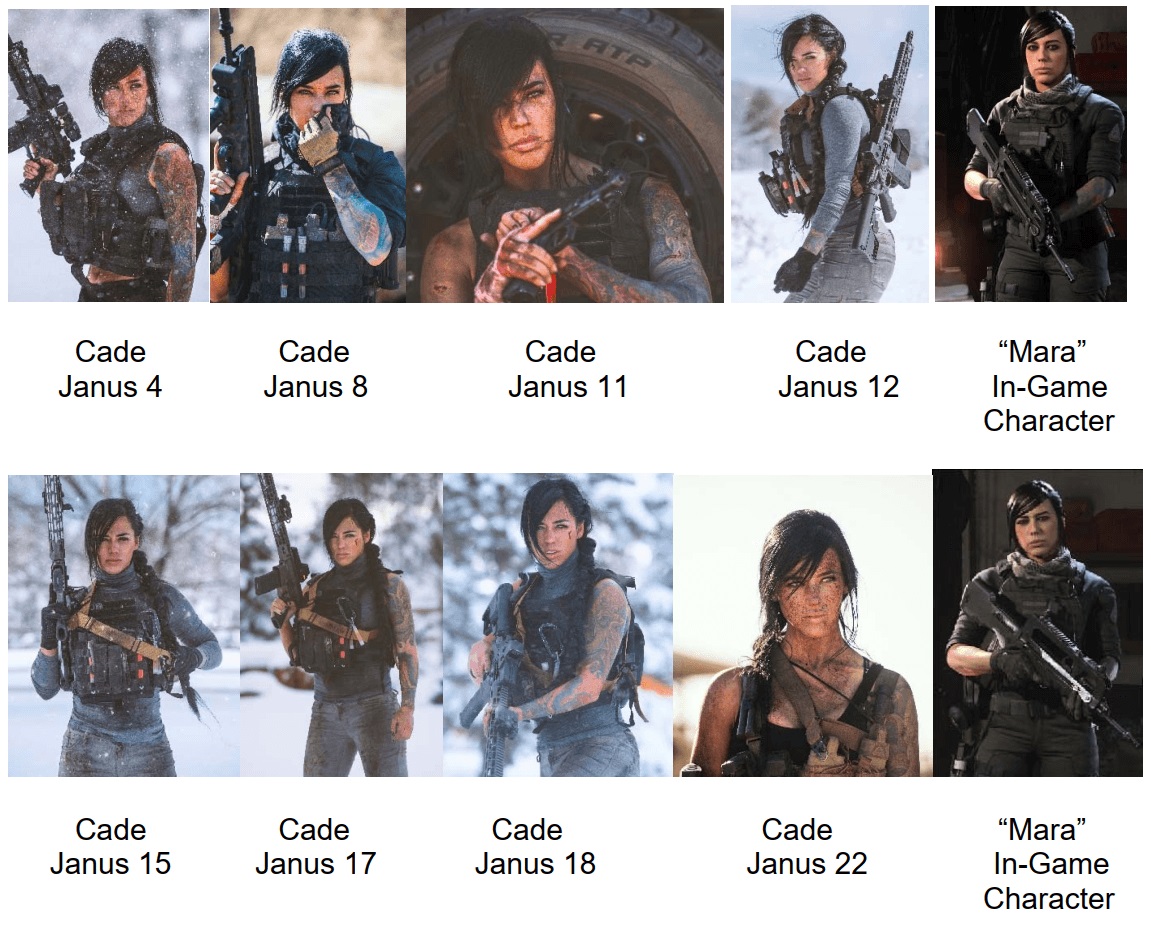 Haugen’s November Renaissance short story was copyrighted by the writer in 2013, while the photographs themselves were copyrighted in December 2020, presumably in preparation for this case. Mara arrived in-game as part of Modern Warfare‘s season one expansion in late 2019.

The plaintiff is looking to recover “all monetary remedies” including “all profits attributable to [the defendant’s] infringements.” The suit also alleges that both Zedra and the make-up artist in question signed NDAs at Activision’s behest, hence the lack of testimony from those individuals at this stage.

Activision hit with lawsuit over Call of Duty character [TorrentFreak]