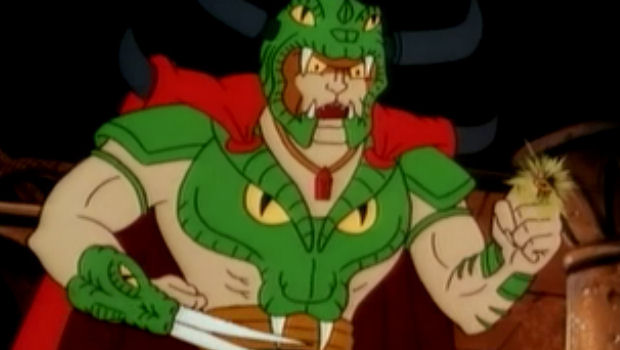 Monolithic empire Activision has argued that it is not monolithic empire, arguing that its reputation as a festering hub of evil is the price of being the number one publisher in the business. I’m sure the goat sacrifices and that time they raised Heinrich Himmler from the grave had nothing to do with it.

“Before our merger with Blizzard, becoming the number one publisher from a revenue perspective, we were always known as the warm and cuddly Activision; the scrappy, loveable number two,” offered dev relations head Dan Winters. “As soon as we became the number one and we develop broader perspectives, perceptions started to change a little bit. We’ve worked very hard, and continue to do so, to let people know that, you know, we’re the same guys, we really are. We haven’t changed! I’m the same guy that I was before the merger, as are most of us.

“We’re the same organisation. We haven’t gone out and hired 3000 people. Our ability to scale and move quickly is the same as it was before. We’re not this big, monolithic empire that’s making decisions in a dark room, we’re still very collaborative. We still have the same healthy respect and appreciation for talent that we ever did.”

He also argued that studios are allowed to keep their identity and that Bobby “Basically Satan” Kotick has personally worked to do this.

That’s all fine, and I personally can attest that individual Activision employees are lovely people, but that doesn’t change the fact that Activision will whore out a series and then suddenly drop it when it becomes too saturated, that it won’t put faith in games that can’t be turned into massive franchises, and the fact that Kotick constantly makes himself sound like a cock. That’s nobody’s fault but Activision’s.