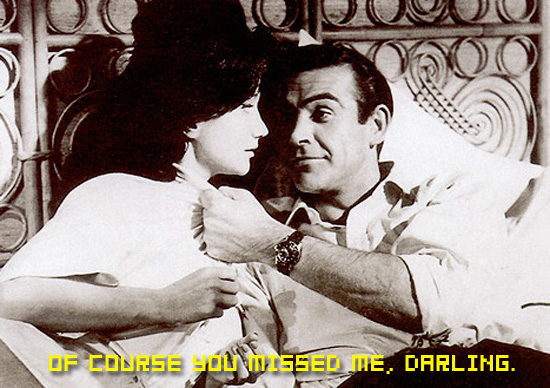 The CEO of Activision, Bobby Kotick, recently announced that the company is fully committed to reviving the James Bond brand. Little does Bobby know that as he uttered these words, thousands of gamers were instantly warped back to a rose-colored era in their lives when they were glued to Golden Eye 24 hours a day. Kotick is more than aware of its legacy though, as reflected in the quotes below:

“Bond is one of the great videogame franchises of all time and that really was a result of Golden Eye,” Kotick said at a recent BMO Capital Markets conference.

“I think the key to re-energising the Bond franchise is going to be ultimately the highest possible game quality.”

Amen. Kotick expressed that he didn’t feel the brand had gotten the focus it deserved in the past from Electronic Arts. Activision secured the rights to the title in 2006, after EA ended its deal with MGM Interactive to make titles based on the films. He says that they have their best development studios working on the project currently.

No matter what words I try to come up with, I feel I can’t sum up how exciting this news could potentially be. With the technology at hand today, this could be an absolutely fantastic thing … or the game could blend into the woodwork. What would it take for you to love a new Bond game as much as you loved Golden Eye?

[Via GamesIndustry.biz — Thanks Joe!]