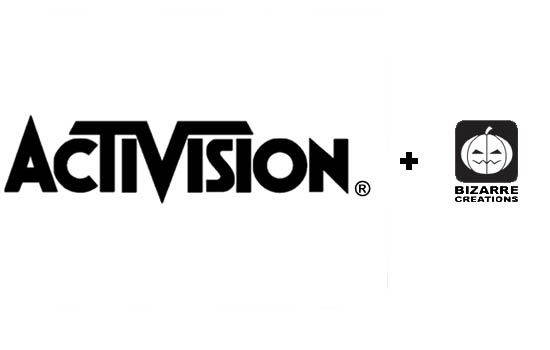 Just when you thought Activision was done kicking ass, they tell us that they just brought U.K. developer Bizarre Creations into their fold.

The American game publisher has just about every type of game in their line up, including shooters, huge Hollywood licenses, and even the most popular skateboarding game. And then, with their recent acquisition of RedOctane, they gained some “star power” with the Guitar Hero series, taking them to the top of the third party developer’s heap. They’ve been missing a good racing game up until now, but consider that covered with the addition of Bizarre Creations to the team.

You know Bizarre Creations for their Xbox/Xbox 360 racing series Project Gotham Racing. They also created the Xbox Live Arcade title Geometry Wars and is currently working on a third-person action game called The Club, for SEGA.

Robert Kotick, Chairman and CEO of Activision, Inc. says, “Bizarre Creations is the leading independent developer with a proven track record in developing highly successful and influential original properties, especially in the racing field. They’re one of the most innovative and creative studios in the industry, and we are very excited to welcome this talented creative team to Activision.”

SANTA MONICA, Calif., Sep 26, 2007 (BUSINESS WIRE) — Activision, Inc.
(Nasdaq:ATVI) today announced that it has acquired U.K.-based video game
developer Bizarre Creations, one of the world’s premier video game
developers and a leader in the racing category, a $1.4 billion market
that is the fourth most popular video game genre and represents more
than 10% of the total video game market worldwide.

This acquisition represents the latest step in Activision’s ongoing
strategy to enter new genres. Last year, Activision entered the music
rhythm genre through its acquisition of RedOctane’s Guitar Hero
franchise, which is one of the fastest growing franchises in the video
game industry.

With more than 10 years’ experience in the racing genre, Bizarre
Creations is the developer of the innovative multi-million unit
franchise Project Gotham Racing, a critically-acclaimed series for the
Xbox(R) and Xbox 360(R). The Project Gotham Racing franchise currently
has an average game rating of 89%, according to GameRankings.com and has
sold more than 4.5 million units in North America and Europe, according
to The NPD Group, Charttrack and Gfk.

Bizarre Creations is currently finishing development on the
highly-anticipated third-person action game, The Club, for SEGA, which
is due to be released early 2008. They are also the creators of the
top-selling arcade game series Geometry Wars on Xbox Live Arcade(R).

“Activision continues to grow and drive greater value for our
shareholders by broadening our portfolio and entering new gaming
categories with strong global appeal,” said Robert Kotick, Chairman and
CEO of Activision, Inc. “Bizarre Creations is the leading independent
developer with a proven track record in developing highly successful and
influential original properties, especially in the racing field. They
are one of the most innovative and creative studios in the industry, and
we are very excited to welcome this talented creative team to
Activision.”

Mike Griffith, President and CEO of Activision Publishing, Inc., added,
“Bizarre Creations will play an important role in our growth strategy as
we develop an original new intellectual property for this important
racing segment, expand our portfolio in other genres and utilize their
proprietary technology for cross platform development.”

Martyn Chudley, Managing Director of Bizarre Creations, said, “Our goal
at Bizarre Creations has always been to do all we can to nurture our
creative and passionate teams, who excel at and enjoy what they do.
Activision’s independent studio model will continue giving us creative
freedom to build exciting new brands. Their financial support and
marketing prowess will also enable us to build upon the commercial
success that we currently enjoy, and take the company – and our games –
to an even higher level.”

Under the terms of the acquisition, Bizarre Creations will become a
wholly owned subsidiary of Activision and the company’s management team
and employees continue with the company as their teams start to develop
two new AAA titles alongside their current projects. The 160-person
development studio is located in Liverpool, England. Financial terms of
the agreement were not disclosed. Activision expects that its first game
from Bizarre Creations will be released after fiscal year 2009.

Bizarre Creations is an independent developer, based in Liverpool, UK.
Established in 1994, the company is famed for such high profile
franchises as Formula 1, Fur Fighters, Geometry Wars, Project Gotham
Racing and The Club. Bizarre prides itself on providing high-quality
next-generation gaming experiences that excel in gameplay, graphics,
audio and technology. Find them on the web at www.bizarrecreations.com.