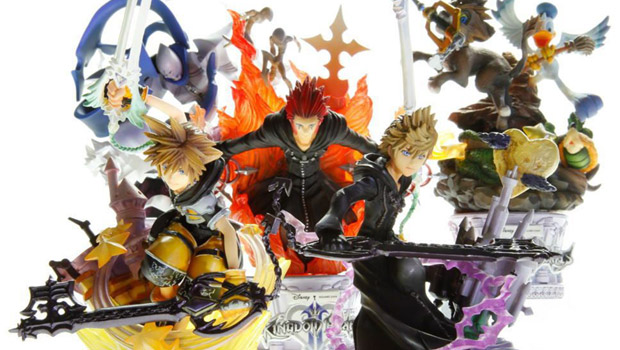 Know what would go well with that new Dream Drop Distance trailer? A side order of Kingdom Hearts collector’s statues, that’s what!

As part of its Disney Characters Formation Arts Kingdom Hearts II set, Square Enix is releasing these five figurines for you to gawk at. You’ve got Sora, Roxas, Axel, a Nobody, and Sora in his super adorable Lion King world form! All are rendered in an appropriately Xtreme ™ action pose. Might look nice up on your shelf, wouldn’t they?

These babies are going to be sold in a set of six for 6000 yen (about $77). Why six when there are supposedly only five in the complete set? Square Enix is cuh-razay like that.