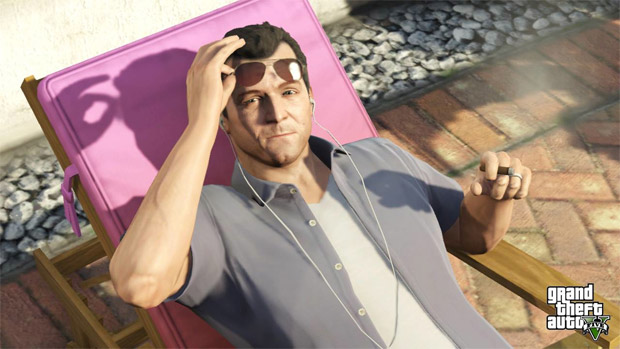 This new Grand Theft Auto V screenshot of Michael acting casual or whatever it is he’s depicting doing here has some real potential to be used for Internet tomfoolery. I know you can’t force these things into popularity but, dammit, I want to believe.

Elsewhere in this latest batch from Rockstar, we’re shown what Trevor looks like when he’s happy — it’s a bit creepy, as expected — more vehicles, and one of the trio jumping off a bridge. Yep, this is Grand Theft Auto. The studio is promising the multiplayer reveal for the game next month, presumably at gamescom. With proper aircraft support this time, I’m looking forward to it.