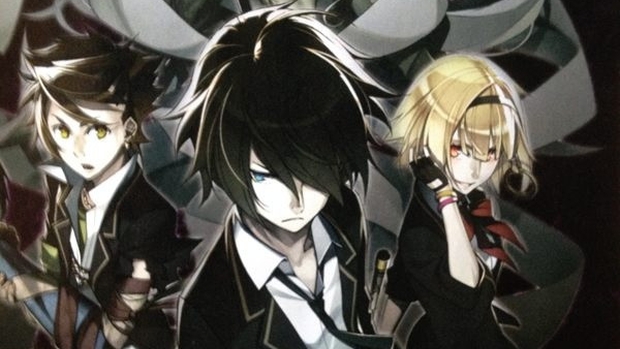 When Acquire started teasing a new PS Vita game with satellite photos, Jonathan Holmes suspected they who made Way of the Samurai were making a sequel to PSN Centipede classic The Last Guy. I, on the other hand, figured it was a sequel to their PSP vampire-stripping “classic” Akiba’s Trip. We were both wrong.

Acquire, in collaboration with Class of Heroes developer Zerodiv, are making Mind 0 (stylized as MIND≒0), which Famitsu is calling a “stylish school dungeon RPG” taking place in two worlds, a regular one and a freaky “Mental” one filled with crazy demonic versions of ourselves. Players and their crew will summon Persona-esque alter egos to do turn-based battles using a power called MIND, which stands for “Mental Inside Nobody Doll”. Settings include various urban Japanese locations, including Akihabara, Yokohama, Omiya, and Nippori. The four satellite photos and GPS coordinates from the teases are of those locations’ respective train stations.

Besides that, Acquire also revealed some of the Japanese voice cast, including a number of notable anime performers including Tomokazu Sugita (Kyon from The Melancholy of Haruhi Suzumiya), Rina Sato (Negi from Negima!), Yuichi Nakamura (Gundam 00‘s Graham), and Takehito Koyasu (Zechs from Gundam Wing).

So far, so Persona, but that’s not exactly a problem in my book, at least.