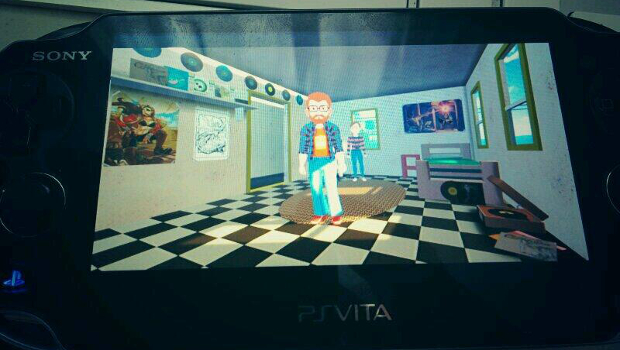 The brothers Allanson are currently hard at work on on a least one new game. It’s code named Project Y2K, and it’s an RPG that gives you stuff to do. You can do stuff in the overworld. You can do stuff in battles. You can think about if you’re doomed! It’s all going to be great.

If this tweet from Ackk Studios is anything to go by, we’ll have the option to do all that great stuff on the go. That looks like a new area of Project Y2K running on the PS Vita, complete with new fake posters and records on the wall. Well already knew the game was being planned for PS, Wii U, and PS4, so having the option to play on the Vita isn’t too big of a shock. Still, it’s a nice perk for the few million Vita owners out there looking for a new surreal story about strange young people fighting their fate. You can only replay Persona 4 so many times.