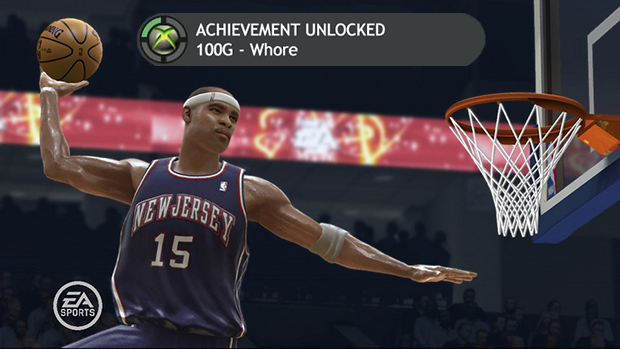 Even if you’re not an Achievement whore, you may have heard whispers of a rare online Achievement for EA Sports’ NBA Live 07. One of the game’s 15 Achievements offers a sizable reward — 100 Gamerscore — for being online when at least a total of 1,000 players are online. Thanks to the annual nature of most sports franchises, there typically aren’t very many people playing a sports sim online more than a year from its release — let alone three years after the fact. (NBA Live 07 came out in September 2006.)

If you don’t already have the Achievement in question, you’ve got one last chance to get it before EA shuts down the game’s online servers in less than four weeks. The community at Xbox360Achievements.org has set up a second session to try for the Achievement; it will take place at 1 PM EST on Sunday, January 31st. (For more details, check out this forum thread.) Assuming you don’t own the game, I can’t imagine it would cost more than five bucks at your local used games shop — if you can find it in a bin there.

As much as I don’t understand people’s fascination with arbitrary in-game accomplishments, it does strike me as strange that after February 2, 2010, it will literally be impossible to get this Achievement. Set your calendars, completionists, and make sure to get out of bed in time for your precious 100 points!