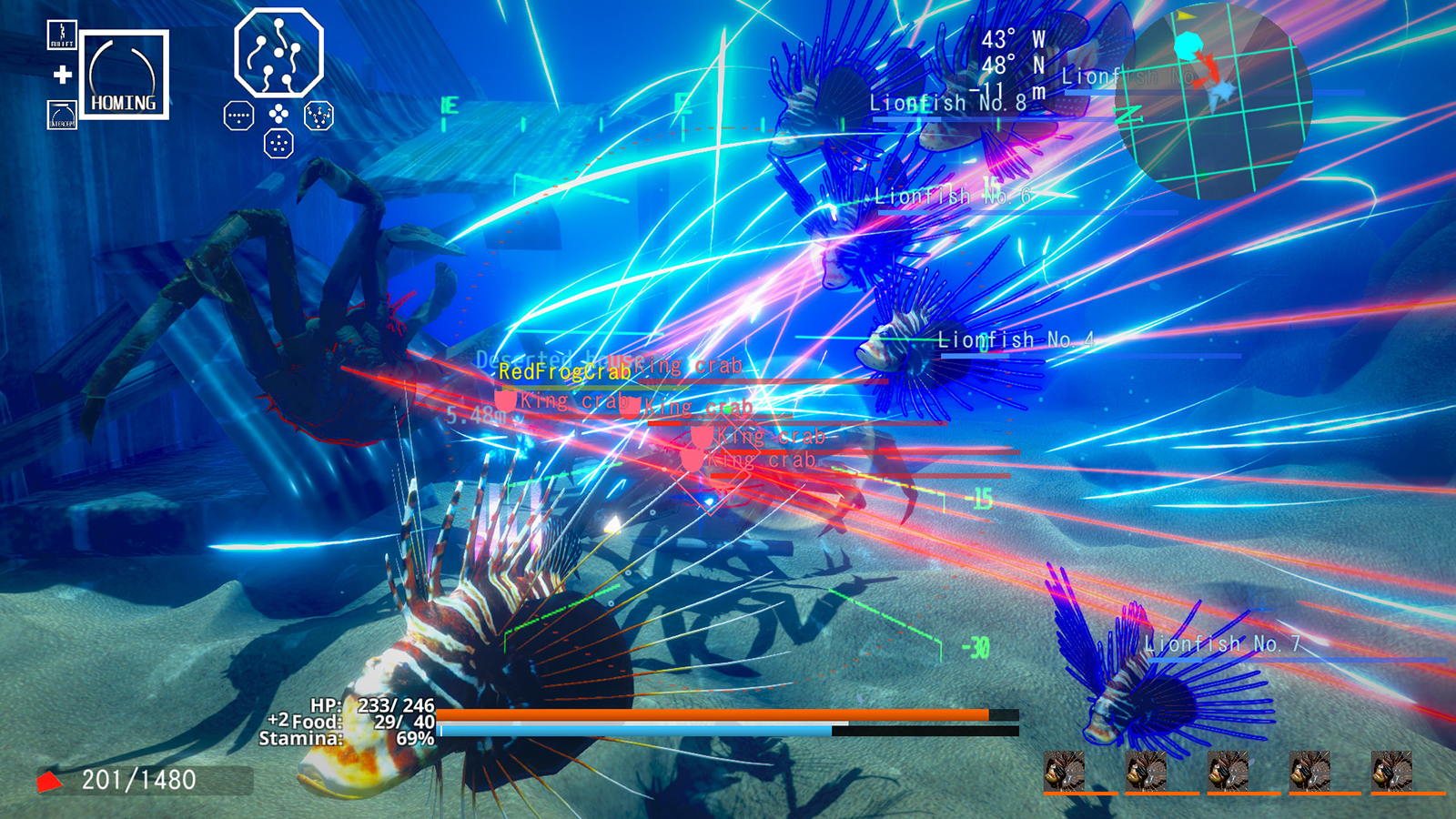 An aquatic shooter about raising an army

If we can’t get a Tokyo Jungle sequel (or even a re-release on PS4; I’ll happily settle for that!) then I’ll just have to get my insane animal action in elsewhere. Ace of Seafood, which released for PC last year but is only now coming to PlayStation 4 on November 9, fits the bill. I mean, look at this.

This is an oceanic third-person shooter in which “humans have all but disappeared” and fish, crabs, and squids fire laser beams at one another while battling for control of the reefs. It’s a beautiful mess.

“In this world, sea creatures possess the ability to shoot powerful lasers that can destroy just about anything. Organize up to six members of fish or crabs in your party. Defeat enemies, collect followers, train yourself and secure reefs. Expand your fighting power by fighting various other creatures while exploring the vast underwater world.

Ransack the reefs. Discover an underwater world. Raise an army. Multiply your victories. Do whatever it takes to become the Ace of Seafood.”

Outgunning fish, collecting their DNA, breeding an army… this is my kind of madness.