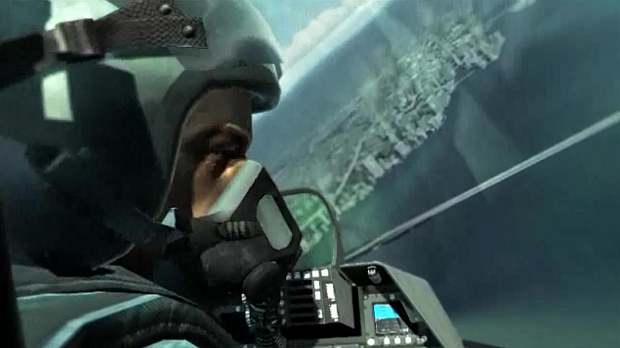 Hey, you know Ace Combat: Assault Horizon for the PlayStation 3 and Xbox 360? Sure you do! It had that awesome trailer, after all.

Make no mistake, though. This game is not, I repeat, is not Ace Combat 7. Said director Kazutoki Kono in a new dev diary video (check it out below), it’s not Ace Combat 7, because it’s a “rebirth” of the Ace Combat system, which in 15 years hasn’t really changed from the familiar “turn-and-burn” mechanics that characterize so many flight combat titles.

In fact, he’s gone so far as to call it an “action shooting” game rather than a “flight sim”, now based on a system they call “Close Range Assault”. He didn’t go much into detail about the mechanics, but from the footage and his words, it partly means “ooh, pretty explosions!”

Other choice quotes from Kono include “…it’s like the player is communicating with the enemy using guns and missiles.” I imagine most of the messages read “Explode and die, please.”

What do you think of Ace Combat‘s future? Personally, I’m not too bummed about dropping turn-and-burn gameplay. I just hope they don’t also drop all my beloved melodramatic storytelling and silly sci-fi fantasy. At some point I want to hear a teary insight about the nature of war/freedom/angels, and then shoot down some kind of gigantic flying fortress.