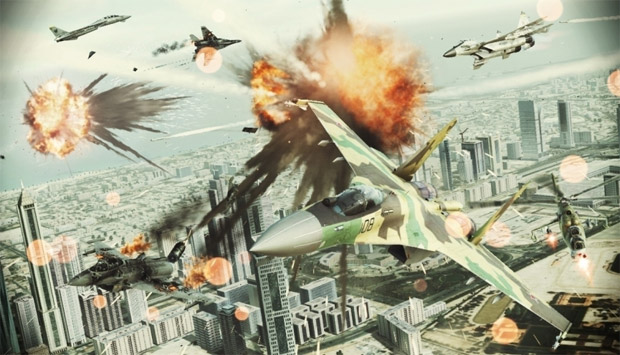 Originally released on PlayStation 3 and Xbox 360 in October of last year, Ace Combat: Assault Horizon is now scheduled to get a PC release in Q1 2013 by way of Steam. Unfortunately, this version will rely on Games for Windows for its multiplayer, but at least “many” of the DLC items from the prior versions will be included, according to Namco Bandai. It’ll cost $34.99 when it launches barring any first-week promotional pricing.

In the more immediate future, on December 18, 2012, the game will see digital releases on both PlayStation Network and Xbox 360’s Games on Demand. These are priced at $19.99 each, though PSN users will also have the option to get the title bundled with DLC (the Tokyo and Honolulu maps plus six extra aircraft) for $29.99.

Truth be told, I was most excited to cover this news because it was an opportunity to share that simultaneously stupid and awesome quick-time event from Assault Horizon. Give it a watch below — it’s practically required viewing.