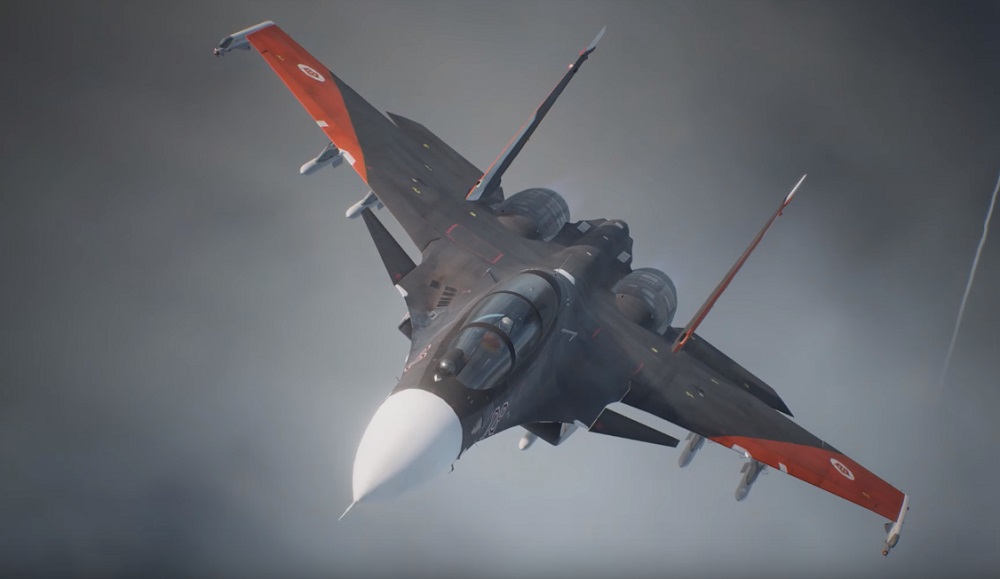 You two characters are going to Top Gun

The dramatic two-minute ad takes a look at some of the game’s stunning aerial visuals, featuring realistic lighting, clouds and vistas, before plunging headlong into explosive dog-fighting action, featuring expertly-rendered jet fighters, The attention to detail on display is very impressive.

Skies Unknown’s story will see conflict arise on the continent of Usea, with morally questionable decisions taken by either side. The Osean Self-Defence Air Force will be outfitted with precision fighters, armed to the teeth with deadly weaponry and capable of some all new, stomach-churning evasive maneuvers.

There is still no release date for Ace Combat 7: Skies Unknown, but it is expected to take off on PS4, Xbox One and PC later this year.