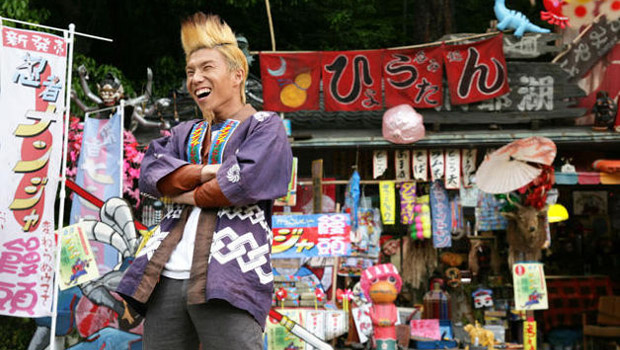 What a glorious week it’s been so far! First, Ace Attorney 5 is a really real thing, and now this bit of concentrated awesome. What do we have in store for tomorrow? Localization confirmation of Professor Layton vs. Ace Attorney perhaps?

The Ace Attorney movie premiered a few days ago at the International Film Festival Rotterdam in the Netherlands, where it was received extremely well. The film’s subtitles used the characters’ Western names as opposed to the Japanese ones, which director Takashi Miike confirmed as part of plans to release the film worldwide with region-specific dubs and subs. That… makes me happy.

Film site Twitch goes on to say that the film runs over two hours long but that not a minute is wasted. The narrative is packed, the characters are deliciously hammy, and the hairdos are stars in and of themselves. Everything sounds wonderful. I can’t wait!