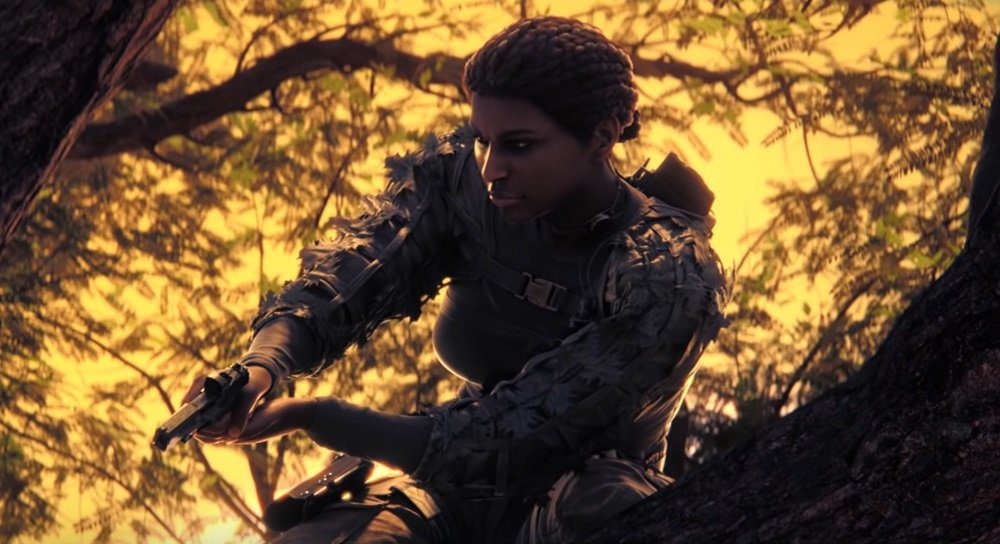 ‘A true predator strikes out of necessity, not greed.’

More details are slowly being unearthed regarding Operation Steel Wave, the next season of Ubisoft’s intense multiplayer shooter Rainbow Six Siege. A recent video surfaced online giving us a glimpse at Ace and Melusi, the two new operators headed to the game’s expansive roster soon.

Hailing from Norway, new attacker Ace is seen rappelling at speed down a dingy elevator shaft, stepping out into a devastated corridor on the ground floor. “There is no chasm too wide, no wall too thick, that will stop me from bringing you home,” notes Ace, somewhat implying that we have a new “hard breacher” in our midst, one with an emphasis on mobility.

Meanwhile, in the heart of South Africa, new defender Melusi is seen perched among the leaves in a scorching savannah. A “pulse” radiates from her position as she takes aim from the branches with her sidearm. This would seem to suggest that Melusi will be outfitted with some form of proximity device, such as a trap or a detector.

Players will not have long to wait to find out more details, as Ubisoft is planning a full reveal of Operation Steel Wave on Monday, May 18. We will learn a lot more about our new doorkickers, with perhaps further details on the other content headed to this, the second season of Siege’s fifth year of operation… Still waiting on Maniac Tachanka.

Current event The Grand Larceny is live in-game now. Rainbow Six Siege is available on PS4, PC, and Xbox One.