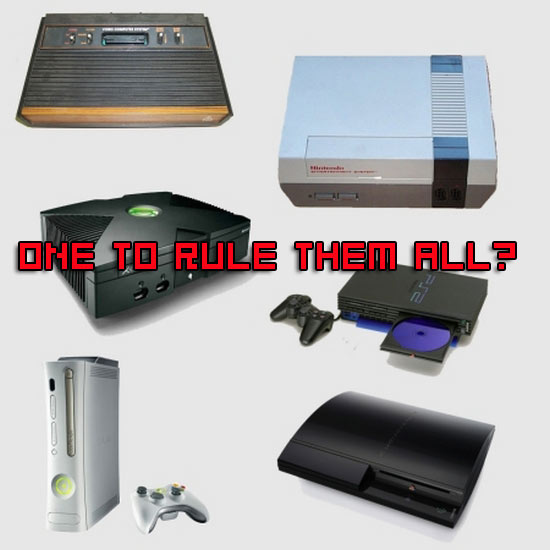 According to EA’s head of international publishing, Gerhard Florin, we would all be better off with one unified gaming platform — as opposed to the multitude of consoles and handhelds that currently vie for our attention. Speaking with the BBC, he envisions just that in as little as 15 years. How so? Well taking into consideration that set-top boxes are continually improving and that steaming HDTV streams and Internet is already happening — it’s just a matter of time before the one barrier that’s caused division among gamers is removed: multiple platforms. What about competition and all that jazz that we’ve been programmed to believe is necessary to foster innovation? He’s got it covered:

“Competition was required to ensure the pace of technology was maintained. Going forward that is irrelevant. Gaming will just require potentially a £49.99 box from Tesco made in China with a hard drive, a wi-fi connection and a games engine inside. It’s basically a boiled-down PC.”

Personally, I’m still not completely sold on the idea of a single platform being the answer to all of our prayers, but I can certainly appreciate some of the positive aspects of such a move. It would prove to be the proverbial undoing of the fanboy wars (right now, pretty much the entire “big three” have pissed me off in one way or another), if nothing else. It probably will never happen, but just for the hell of it — how do you feel about this? Would a single console make you happier, or would the consequences prove to be much worse than we anticipated?

Since I’m one of the few people on the Internet who will publicly admit to liking EA and what they bring to the table (minus the sports titles that I couldn’t possibly care less about), I’ll leave out the worn out jabs concerning monopolies.

[Via BBC News — Thanks Justin/Joe]