As much as I adored Assassin’s Creed: Brotherhood, the feeling of my stomach dropping as the game came to a close and offered up more questions than answers is unforgettable. Just one year later, Ubisoft hopes to make good on tying up many loose ends with the upcoming Revelations. But don’t expect everything to get tied up with a nice pretty bow just yet.

“Keep in mind we’re following the typical trilogy structure,” Revelations creative director Alex Amancio told us during a behind-closed-doors demo at PAX. “So of course, everything can’t be answered.

“But at the same time, we want to avoid what I like to fall the X-Files effect, where you risk crumbling under the weight of your own mythology, so a lot of doors have been left open.” 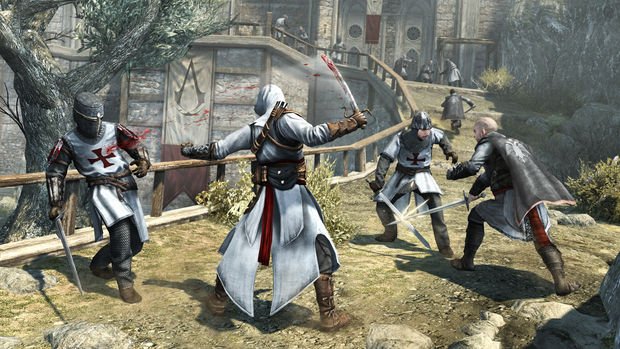 Revelations will tell the stories of assassin leader Ezio and Assassin’s Creed 1 protagonist, Altair. Amancio promises that the questions of how Ezio, Altair, and modern day assassin Desmond are related will be answered.

“People are going to go ‘Oh, okay, I get it!’ or ‘I never thought they were going to show me at!,’ and it really sets you up for what’s the come,” he says alluding to the potential of future games in the franchise.

But from the sounds of things, Revelations may be a fitting name for longtime fans of the series.

“We actually found [online], I forget where it is on the web, somebody did a ‘Top 10 Things Fans Want to Know About Assassin’s Creed’,” he says. “And in that top 10 list, we actually answer seven.”

Assassin’s Creed: Revelations (and the answers to at least seven of your most pressing questions) hits shelves on November 15.