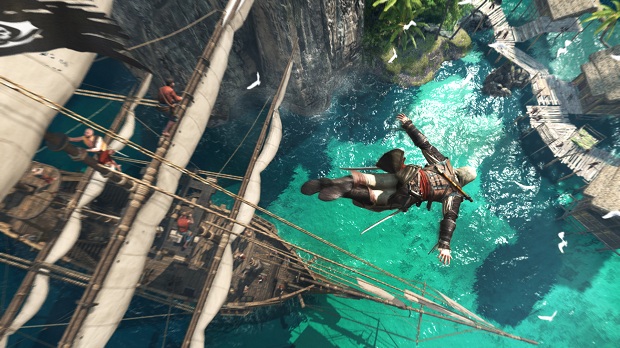 Safe to file under “news that’s sure to shock absolutely nobody,” Ubisoft has announced that Assassin’s Creed IV: Black Flag will receive a season pass. The season pass, which will go for $20, covers a range of content, most notable being a single-player add-on. Strangely, it will not be coming to the Wii U.

The single-player DLC features Adewale, a freed slave that’s Kenway’s top crewman on the Jackdaw. Adewale finds himself shipwrecked alone in Saint-Domingue, and gets drawn into the slaving community. The add-on focuses on his attempts to bring justice to the situation, probably through a series of lively, well thought-out debates. Nah, just kidding; he’ll probably find gruesome violence to be far more effective.

Other content included in the season pass are a Kraken ship pack; more single-player missions, weapons, skins, and collectibles; and additional characters for multiplayer modes. The season pass offers a 20% savings over downloading all this DLC piecemeal, in the event that you want everything listed.