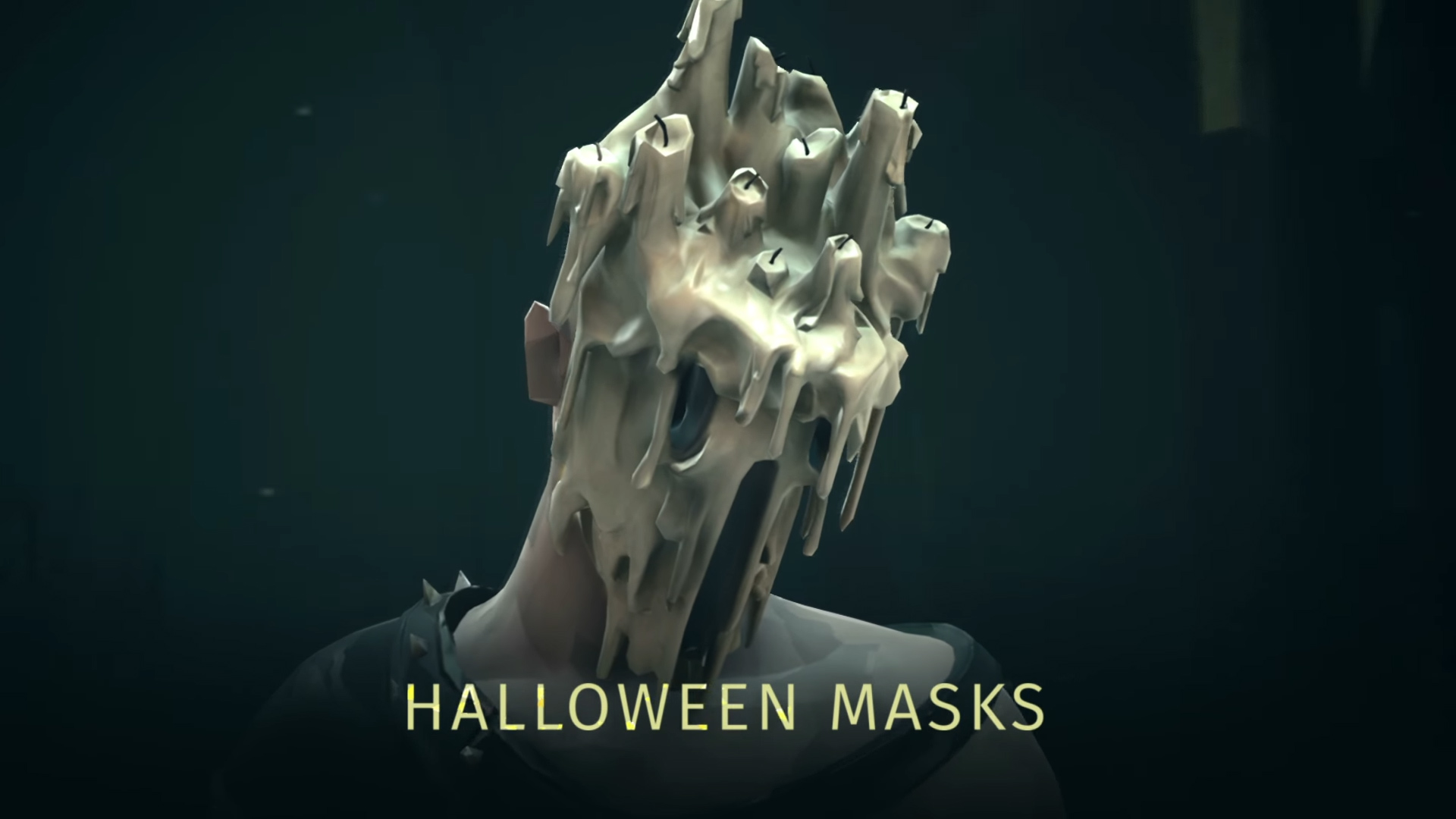 I can’t imagine I’m the only one who finds the fashion of games like Absolver to be a major part of their appeal. With that in mind, the multiplayer combat game is celebrating Halloween right this week with not only a spooky map makeover but six appropriate new themed masks as well. I didn’t realize how much I wanted to play as a melty-candle-faced guy until right this very moment.

The 1.08 update isn’t just for show, either. Sloclap has put in some mechanics-focused work:

This update is only a first step; we will develop these new systems further in the weeks to come, with other uses for Crystals and Fragments to be introduced: changing colors of equipment, purchasing specific items, changing the character’s appearance, acquiring new emotes…

Further down the line, we will also implement systems for competitive players, with leaderboards and ranked games – we are still working on the exact plans for this, but we will update as soon as we know more!

The developer has also noted that the 3v3 mode will be out in November “for sure.” You can find the full patch notes at the link below and save 20 percent on Absolver as part of the Halloween Steam sale.