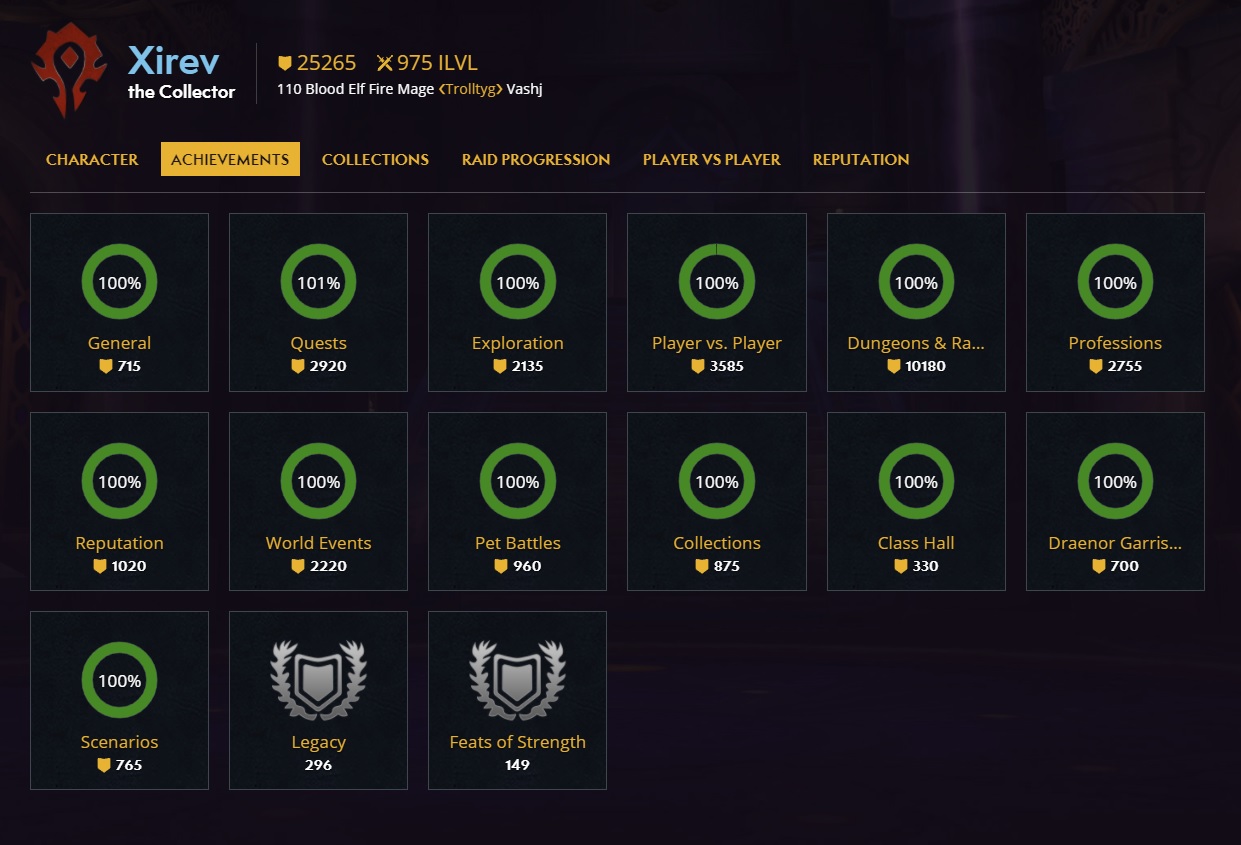 ‘ 6 years ago I set a goal for myself, today I reached that goal’

Having played World of Warcraft since the start, I remember the impact achievements had when they were introduced to the game with the Wrath of the Lich King expansion. A lot of people (myself included) gave them a “big old nope” reaction because of how time-consuming they were, and a conversely a lot of folks were consumed by them.

A recent reddit post by user Xirev shows just how dedicated some of that latter group is, as they’ve managed to knock out every achievement. Like, they have 100% in every category. As they said themselves on Reddit, “6 years ago I set a goal for myself, today I reached that goal.”

There are some insane achievements in World of Warcraft that span the likes of gathering, world quests, and PVP, so this is a massive feat, and an actual salute goes out to Xirev.