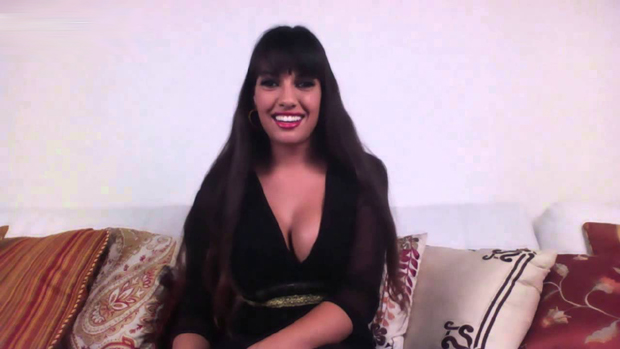 The site was then attacked, presumably in retribution

[Update 2: I asked AbleGamers to comment on those questioning if they were DDoS’ed or if their site went down because of unusually high traffic. The told me “Three different representatives from our web service provider said that DDoS was what appeared to be happening. We do not have a server with DDoS protection because it costs an extra $500 at the company we currently use. I’m not sure what proof they want beyond the word of our web service provider. I do not know how to provide proof of this beyond what we are being told.” I also have a comment from Mercedes Carrera coming up which will be reported in a separate post.]

[Update 3: AbleGamer’s has gone on to state that “a phone representative [from our web service provider] said that there was a block of 10 IP addresses responsible. The one listed [in the image] below was the main address”. We’ve attached a redacted copy of the image provided. We’ve also obtained comment from Mercedes Carrera regarding the situation.]

Doesn’t seem like that big of a deal, right? As I’ve been saying for months, GamerGate is a flag, not a movement or an ideology. It’s a flag that means a lot of different things to a lot of different people. If you don’t want to be associated with a particular flag, or with the “culture wars” in general, then good for you. Nothing to be upset about either way.

All the same, AbleGamer’s site was immediately DDoS’ed after they posted their official statement on the matter, bringing their servers down and effectively silencing their attempt to make their position clear. Somebody is pretty angry at them, I reckon. We’ll see if the same thing happens to Dtoid today, as we’ve chosen to reproduce AbleGamer’s statement below. Read it while you still can.

AbleGamers is a labor of love founded by a disabled veteran to help his sister with multiple sclerosis. We raise money to grant assistive technology to people with disabilities enabling a greater quality of life utilizing the power of video games. Our mission statement has been and will always be to help anyone in need.

We sent a polite response voicing our concerns at the post and how we must decline to be involved in the event. AbleGamers wished them the best of luck with the event and their future endeavors.

In response, the event organizer offered apologies for the post citing that a coworker made the Reddit post without their consent. The organizer apologize for any misconceptions as they “do not wish to link GamerGate to the charity drive.” And that the person had been removed.

Another email was sent shortly afterwards with further apologies offering support from the organizers and Mercedes Carrera.

The decision to bow out of a potentially huge fundraiser was not easy. We continued to discuss how we should proceed, but before we could reconvene in the morning, the email response from AbleGamers declining to be the beneficiaries was posted on Reddit with a lot of anger and a few requests for an explanation.

AbleGamers is a group of diverse volunteers from many different backgrounds. All of our volunteers have their own personal feelings on GamerGate and what it stands for. However, as an organization, AbleGamers is 100% neutral.

AbleGamers did not deny donations from GamerGate. We declined to be a party to an event where there was a lack of transparency and people began discussing how to use the event as a weapon for the agenda of a political movement.

Let us be clear, we encourage, except, and ask for donations to continue the support of gamers with disabilities, which we have been providing for over a decade, for anyone who wishes to be charitable.

We are a charity organization, nothing more, nothing less. We fight for social justice issues meaning the equality of people with disabilities to be able to enjoy the same games as everyone else. AbleGamers does not and will not choose “a side” — We are all gamers. We are all humans. We should work together and not against each other.