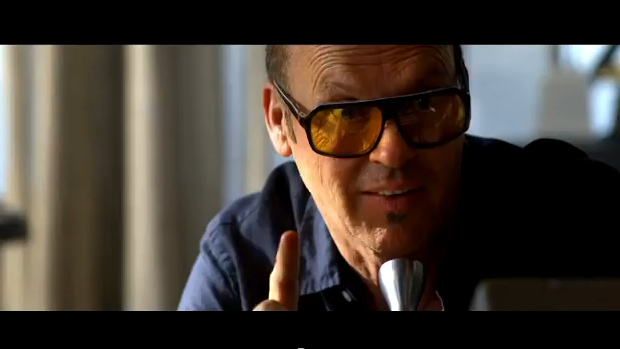 I’ve watched Meth Dad, so I know Aaron Paul can do a bit of acting. If this trailer is any indication, though, the director just kept asking him to cock his head and read his awful lines in as gritty a voice as possible.

Who has been Michael Keaton’s agent over the last 15 years? I do not understand his career trajectory. Did Jack Frost ruin him that badly? At least he occasionally pops up somewhere cool these days, like The Other Guys or Toy Story 3.

Also, is it just me for does the villain look like a baby?

Maybe this Need for Speed film will be a new generation’s Fast & Furious, but given that they are still making (surprisingly good!) Fast & Furious movies, this looks more like another Torque. Just weird.