Sorry Mario, this is number one on my list

After literally thousands of fan designs and plenty of unsuccessful attempts to get Nintendo to partner with LEGO, the time has finally come.

A Mario set is due out this year, but while the prospect of the partnership is exciting, the initial kit seems rather limited for what is essentially a limitless toy. Nintendo has noted that they have ‘a lot of exciting IPs’ lined up, fans have actually crafted some of the best ideas.

Mario has great name recognition, sure, but Zelda is arguably the perfect flagship IP to sell the concept of exciting crafted worlds. Fans have proven that time and time again, like this new Zelda: Breath of the Wild Hyrule Castle kit from BrickGallery that’s absolutely breathtaking.

The kit contains “several Guardians, Calamity Ganon, a Korok, Link (with paraglider, Hylian shield and sword) and materials to build Hyrule Castle. In other words, this is a “Christmas present from your rich non-immediate family member” type of deal. As a reminder, this is a fan concept from the official “Lego Ideas” site, that serves as a breeding ground for potential official kits. Both parties need to actually approve the idea, which plain old does not happen for Nintendo-based IP.

Now that the partnership is struck, that could change. 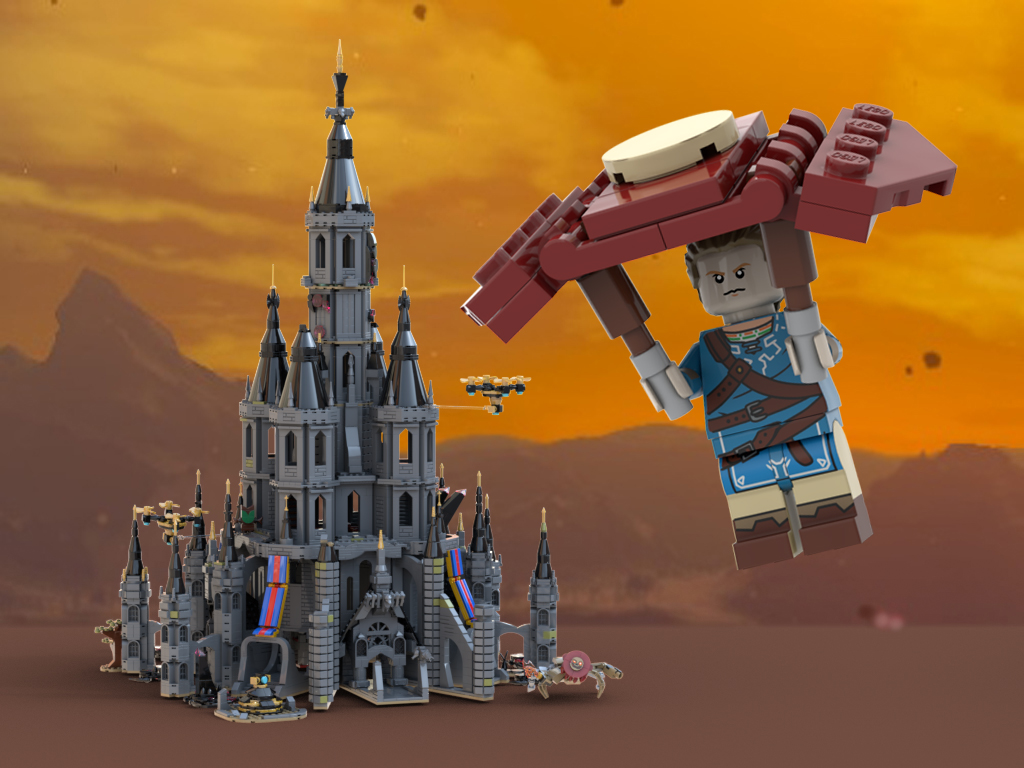 Filed under... #LEGO#The Legend of Zelda