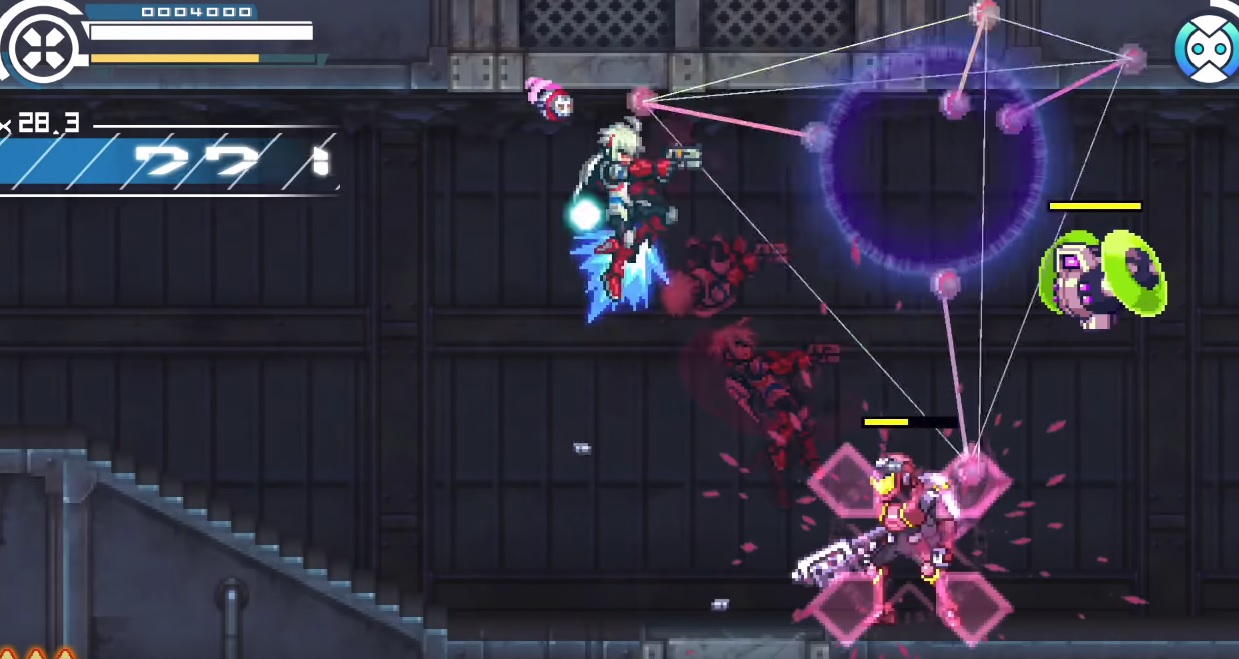 Back in May of 2018, Inti Creates announced Gunvolt Chronicles: Luminous Avenger iX at BitSummit. We haven’t gotten much info so far other than that it’ll be Switch-bound and that it’ll star Copen (one of the protagonists from the second game), but thanks to a Taiwan Digital Game Rating post, we now know that Gunvolt Chronicles could be PS4-bound at some point.

As Gematsu points out, Inti Creates is set for another BitSummit appearance on June 1 (which will be the evening of May 30 in the US), so we’ll likely get an announcement there. If not, it’s still possible that Inti Creates can’t mention the PS4 version in favor of honoring a Switch timed exclusivity deal, even if it’s actually in the cards.

The Gunvolt series has really been doing work these past five years. It originally debuted on the 3DS in the form of Azure Striker Gunvolt in 2014, then was eventually ported to PC and Switch. The sequel was released in 2016, and Gunvolt has hosted two spinoffs: Mighty Gunvolt (2014) and Mighty Gunvolt Burst (2017). The star character of Gunvolt has also made myriad cameo appearances in other indie games.