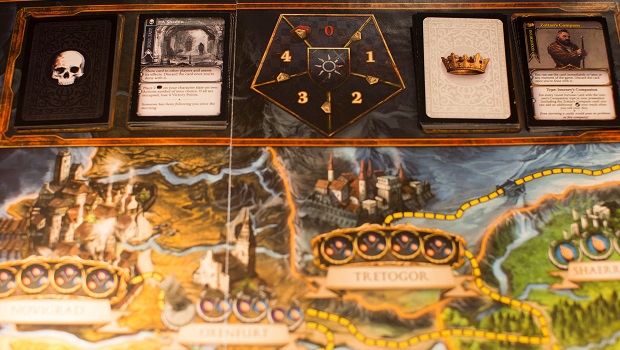 An iPad version will be launched as well

It feels like a long-overdue idea but the world of The Witcher will become a board game, set to be released in 2014. Polygon spoke to CD Projeckt’s Red Marek Ziemak, who confirmed that an iPad version would be released alongside the physical edition. The Witcher boardgame will be handled by experienced boardgame developer Ignacy Trzewiczek who also oversaw a boardgame adaptation of Stronghold.

With its fantasy setting and almost ubiquitous popularity in Poland, I’m surprised it’s taken this long for a board game based on The Witcher franchise to be announced. Board games based on videogames aren’t new but with a board game of Metro 2033 already released and BioShock Infinite on its way, I think I might have to splash out on one of these soon.

The Witcher board game is coming out in 2014 [Polygon]