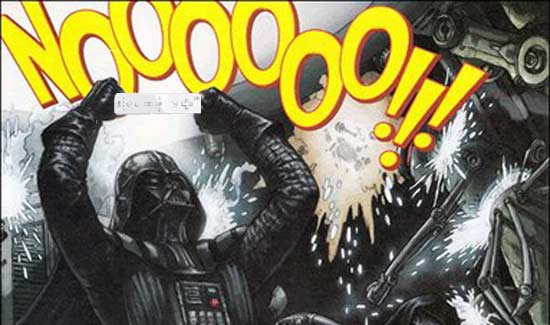 Proving once again that protecting us from ourselves is a greater cause than fulfilling our geekish needs comes word that Nintendo isn’t all that keen on introducing full-sized lightsaber attachments for the Wiimote.

MAXCONSOLE is reporting that Gerry Block of IGN has been told that Nintendo is refusing to license any “bat like” attachments (are they cock blocking the Dark Knight too?) for the Wiimote under the guise of safety concerns. Something tells me that the guys back at LucasArts are none too happy over this, and like our own Adam Dork said to me behind the scenes, are already in talks with the “bearded one” to toss a few gold coins Nintendo’s way. Until then, a light sword from a faraway land (more like a dagger) will have to suffice.

You gave us leashes for our Wiimotes, and we obeyed. You then decided that rubberized sheaths were necessary for our own protection, and we followed your orders. Now you seek to potentially separate us from the coolest attachments that may ever grace a Wii? Now that’s just cruel. There is such a thing as overprotective parenting, Nintendo.