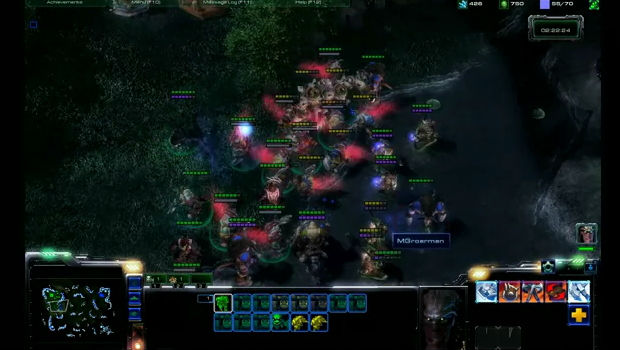 Warcraft III is one of my favorite RTS games of all time — and I’ve been playing the genre since before the original Command and Conquer in 1995.

There’s just something about how it perfectly blends all of the best elements of Warcraft II, and the addition of the hero system, that made it so enjoyable — plus, it greatly improved upon the original StarCraft‘s mod support.

Now things are appearing to come full circle, and as we wait for the inevitable Warcraft IV, a modder has taken it upon himself to create a Warcraft-flavored StarCraft mod called Warcraft: A New Dawn.

Using the new engine, the mod will feature day/night cycles, new creeps, and heroes (yes!). The goal is to get a playable demo up by the end of spring, which I’ll be keeping a close eye on.

As long as I can play as the Dreadlord again, I’m totally satisfied. Mal’Ganis will rise again! Can you tell I really want another Warcraft game?