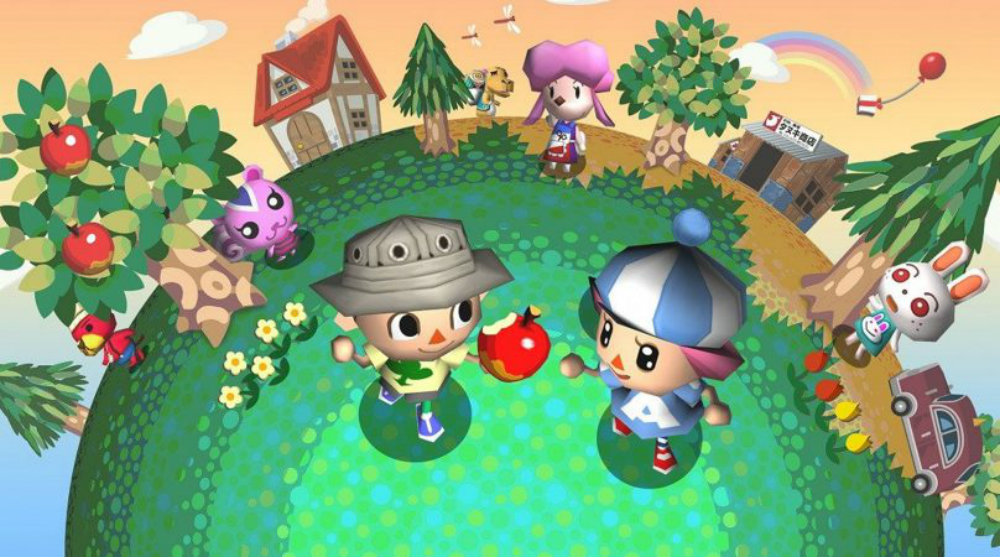 [Author’s note: This is a community blog I wrote almost eight years ago. With only days away from the release of Animal Crossing: New Horizons, and only a week away from our ninth wedding anniversary, it seemed fitting to revisit this story, with years and dates updated.]

Almost ten years ago, I asked a special woman to spend the rest of her life with me. This is the story of it all. I’ve told it to friends, I’ve told it on Podtoid, and I’ve written up an old community blog that is all broken and busted due to the constant onward march of the internet.

It started almost 15 years ago, in the summer of 2005. I worked in a laboratory in college, and so did she. Our desks were near each other, and in between experiments, we would help each other out with online crossword puzzles, mahjong solitaire, and ShyGypsy’s Funny Farm puzzle. She was cute, and I felt comfortable talking to her, which is something I struggled with when it came to most other people.

One day I invited her over to my apartment to hang out and play video games. My roommates and I were broke college kids, and we lived in an old house in upstate New York, so we kept the thermostat at a chilly 50 degrees Fahrenheit. It wasn’t the most welcoming environment, but I was able to use it as an excuse to snuggle up on the couch and play Clubhouse Games with my soon-to-be girlfriend. She seemed to enjoy it and particularly liked my Nintendo DS.

I don’t remember what exactly spurred her to get one of her own, but soon enough, she had a DS Lite, along with her own copy of Clubhouse Games and New York Times Crosswords. Meanwhile, I had taken her to see opera excerpts at the local symphony hall, taken her out to a teppan dinner for her birthday, and finally worked up the nerve to give her a kiss.

Things went well for the next few months, but then we had to face an unfortunate truth: I was graduating and moving to California for grad school; she was finished with her work and moving back to Mississippi. Our first summer apart was difficult, though we talked daily. I sent her a gift of a game I thought she may enjoy: Animal Crossing: Wild World. With each of us on our DSes, we were able to run around town together, catching fish, gifting items, and making hearts appear above our heads. It wasn’t quite the same as snuggling together on a couch, but it was better than just talking on the phone.

We spent a year apart, though we saw each other about once a month. Sometimes she’d visit me in California, sometimes I’d visit her in Mississippi. Other times we met in entirely different locations. Every time we met we talked about when we’d be together again. After that first year, she quit her job in Mississippi and moved out to California to join me.

Two years passed, and over that time, I played Animal Crossing less and less. I always wanted to play the latest releases, and I tried getting her into other games, but nothing ever really stuck with her. She was content to play Animal Crossing, visiting her town and digging up fossils on a daily basis.

It was then that I started planning how I would ask her to marry me. I wanted it to be something personal to both of us, something we would both remember forever. The decision was obvious: I would ask her through Animal Crossing. But I couldn’t just do something small; it needed to be great.

For weeks I bought red roses whenever I saw them on sale in Nookington’s. They would be instrumental to the plan. I created an alternate character on my copy of Animal Crossing named Mysterio, who strangely looked a lot more like I do than my main character did. With Mysterio, I bought a bottle mail, filled it out, chucked it into the ocean, and then went to her town so it would show up on her shores. While I was there, I wrote her a letter and left it with Pelly to deliver later. I had Mysterio return to my town, then go back to hers. I searched the beaches to find my bottle mail, then I got to work gardening, and posted a message on her bulletin board. Everything was set.

Oh yeah, I also bought a ring. Then everything was set.

At the time, I was working a job that let me stay up late and sleep in until noon, so we only occasionally fell asleep together. That night, after she went off to bed, I turned off the TV and followed her in. She still played every night, to the point that she had actually conditioned herself such that the 9:00 pm music causes her to fall asleep. She was facing away from me when she started playing, and I watched over her shoulder.

Immediately after she exited her house, she heard the whirr of a UFO and saw Gulliver flying overhead. She ran to try and catch him, but her aim was off and she missed her chance at knocking him out of the sky with her slingshot. Flustered, she saved her game and closed her DS Lite. My engagement plans were about to be ruined by an anthropomorphic seagull. “Hang on,” I said, “I think you had mail to check,” hoping I wasn’t being completely obvious.

She seemed a little confused that I was interested in her reading her mail, but she opened her DS back up and restarted the game. She looked in her mailbox and saw a letter from Mysterio, telling her that something important had washed up on the shore of Dogtown. Intrigued, she set off south to the beach, and combed it, until she found an arrow of red roses pointing to the bottle mail. I had to cut down one of her coconut trees to plant that arrow. Inside the bottle mail, the message instructed her to go read the town’s bulletin board.

She trekked back north, toward City Hall, where she found the following message on the bulletin board. Meanwhile, I had stealthily grabbed the ring from inside my nightstand and waited.

She rolled over with excitement in her eyes. Almost ten years ago, I asked a special woman to spend the rest of her life with me. She said yes.