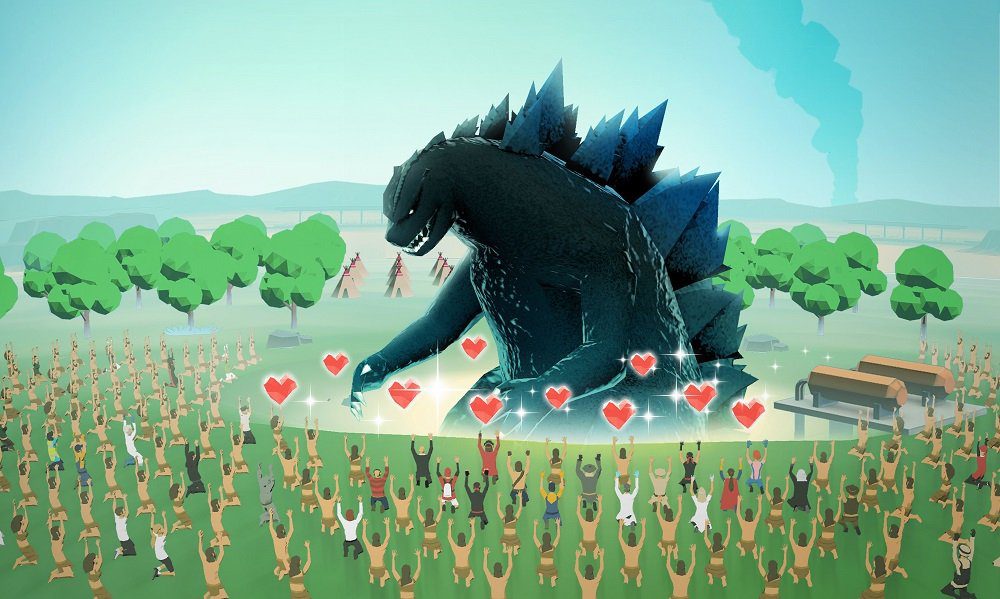 TOHO Studios will three free-to-play titles starring the iconic King of Monsters: Godzilla. Available on iOS and Android platforms, the three games will see old nuclear-breath engaged in his trademark activities of smashing cities, battling Kaiju and… competing in foot-races.

The first title, Godzilla Destruction, is pretty self-explanatory, and will see players with Doing the Stomp all over a variety of cities and neighborhoods, leave a path of annihilation in his wake. The second release, Godzilla Battle Line, is more of a strategy title, where players build a custom team of monsters from TOHO’s long lineage of films to take on other teams in short three-minute dust-ups.

The third and final title, Godzilla Run, decides to just go totally off the deep end, and allows players to raise and nurture their own Godzilla and other Kaiju, with the apparent goal of making them as strong as possible “before they say goodbye.” This also includes pitting your Kaiju against each other in the 100-meter dash and other athletic escapades. Wow, just like the movies…

Godzilla Destruction is available to download today on iOS and Android, with Godzilla Battle Line and Godzilla Run to follow later in 2021. I can’t deny I don’t have a whole lot of faith that they’re going to be five-star releases, (there’ll be no Matthew Broderick for a start). Any attempt to keep the King of Monsters in the public zeitgeist is fine by me, but… this is a legendary franchise with a wealth of inspiration and over 50 years of source material to draw from. There has to be a developer out there to do it justice.