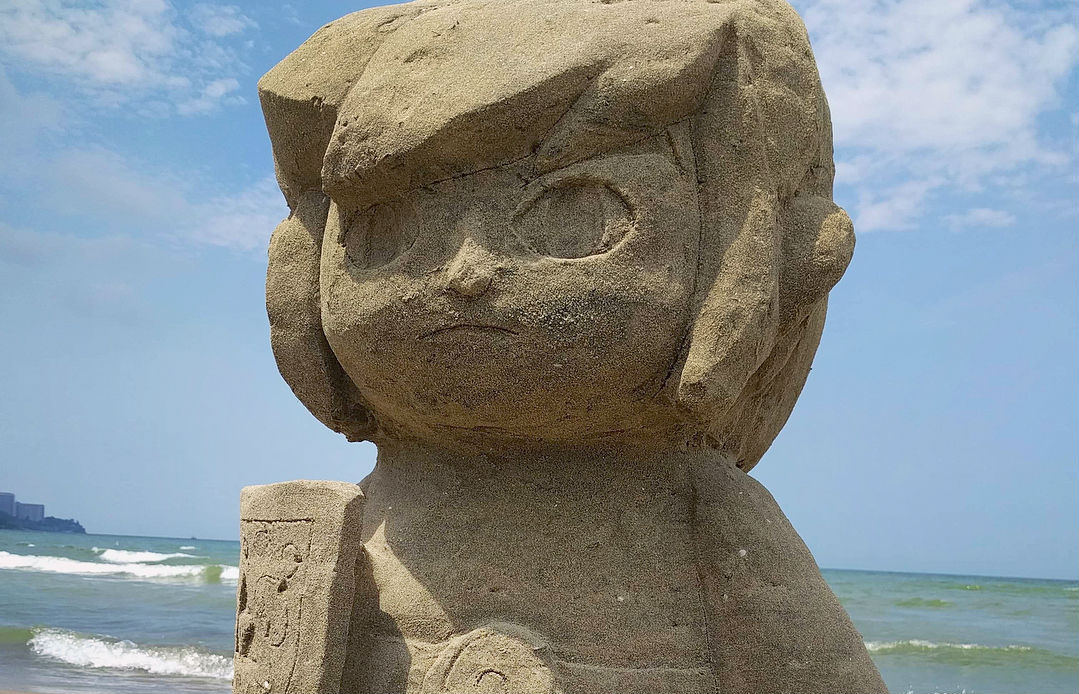 ‘Comic Sands,’ what a name

Every so often you come across a work of art that makes you smile from ear to ear, and that’s just what this Link sculpture did. It’s not just because it looks wonderful and suits the theme of Wind Waker perfectly (sand, it gets everywhere, especially in that universe) — but it’s also a result of a feel-good collaboration between family members.

The creators are a team of twins, consisting of BuddingSculpyist and wearewhimsical. It took them six hours to craft at Edgewater Beach in Cleveland earlier this month and apparently the sculpt wasn’t fully completed — they had to leave the beach early due to a storm. Breaking it down further BuddingSculpyist notes that the base cylindrical form took two hours (with 100 gallons of water) and then the rest was four hours of sculpting.

I think I’d need a partner (or a crew) to get into this incredible hobby. It’s exhausting!