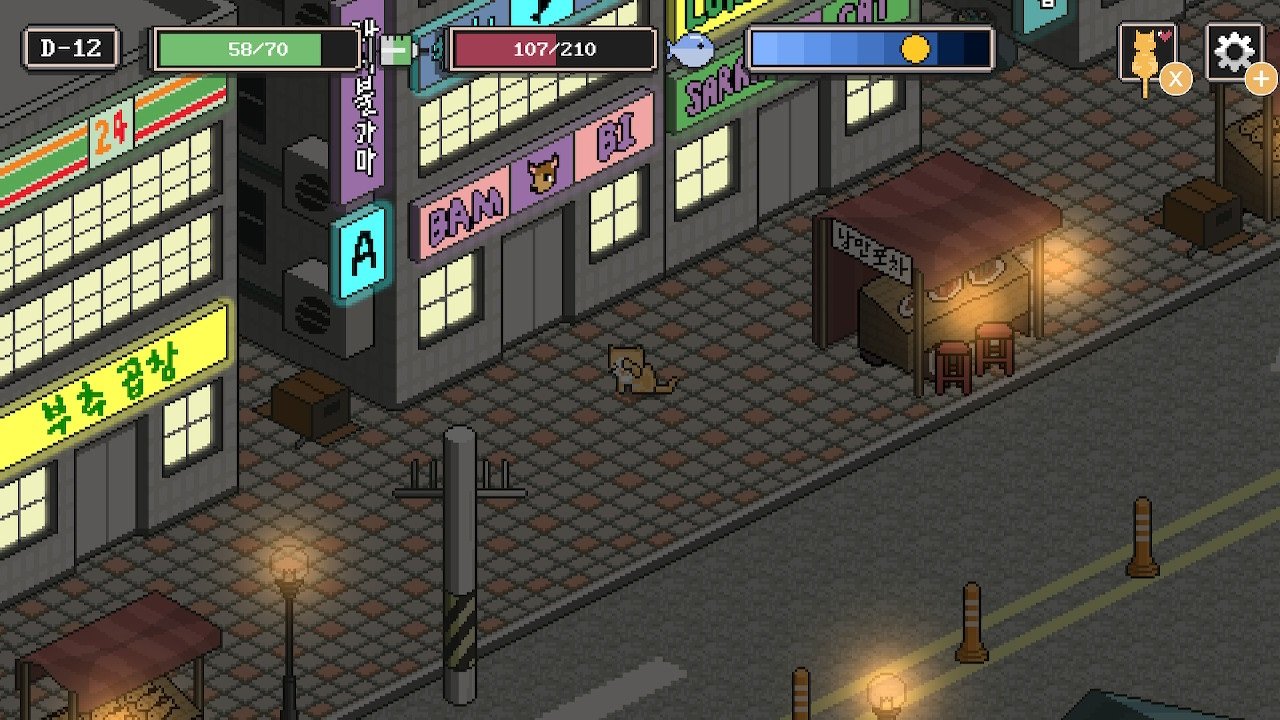 GIVE THIS KITTY A HOME YOU MONSTERS

I’ve been reporting on the public nuisance that is cats for quite some time now, so it should come as no surprise that I’m back to alert the world to another cat-astrophic video game. This time, however, things take a slightly sadder turn as we’re dealing with homeless kitties. They don’t have homes! How could that not make you sad?

A Street Cat’s Tale is set to hit Switch this March, and hopefully redeem the sullied name that house cats have given the species.

The concept is both simple and devious: You play as a street cat trying to survive out on your own. You’ll have to forage for food, create relationships with humans and animals, and do your best just to live to knock something off of a counter another day. Foods can be either healthy or unhealthy, which can adversely affect your health (just like real life!), and NPCs can either be nice or mean. It’s like, who would be mean to a nice little stray kitty? Jerks.

Is this a manipulative ploy by the cat illuminati to restore the reputation destroyed by Sammy, my cat, when she knocks over pictures hanging in the bathroom at three in the morning, scaring the shit out of me and my wife and waking us up in a panic? Or is it simply a heartwarming game meant to show the struggles of stray animals and give humanity some perspective on their plights?

This is the wife. I think it’s messed up. But I’m a weird cat-lady, so I would probably love seeing these cuties explore random towns and snuggle up for warmth. Awww, snuggly warm kitties! Anyways, I’m going to go tell our cat-kids how much I love them and the next time they try and escape out the front door, to really think about if that’s how they want to live their best cat life, a life of a street cat’s tale.

There you have it.

A Street Cat’s Tale is hitting Switch March 12, 2020, and is available now on mobile platforms and Steam.