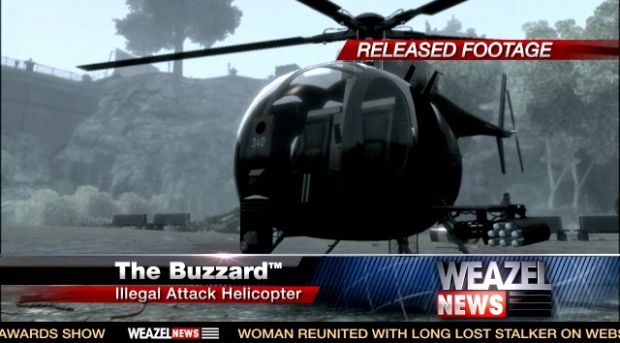 Liberty City’s Weazel News has brought us a special report on all the dangerous things going on in Liberty City. Terrorism, helicopter rampages, rape riots and more are all plaguing the poor citizens of Liberty City.

The special report is pretty funny, and we see a bunch of new stuff like weapons and the Buzzard helicopter coming in The Ballad of Gay Tony. Well, new to me as I haven’t touched Lost and Damned yet and I can’t remember what actually is “new” in the weapons department.