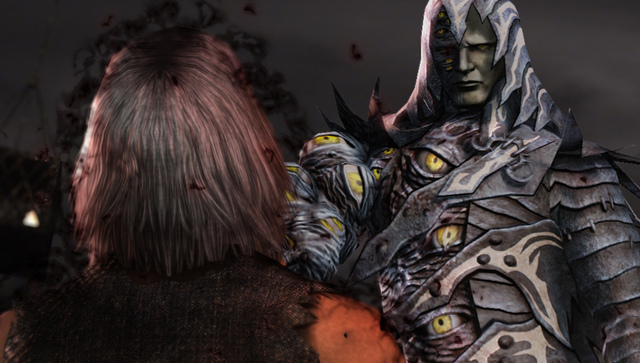 Also, the PlayStation Blog has an interview with Inafune

Soul Sacrifice is nearly here, and on April 16, you’ll be able to test the game out for yourself in demo form on the PlayStation Network. The demo seems to start near or at the beginning of the narrative, as you are awaiting to be sacrificed by a “ruthless mage.”

In addition to holding an interview with Inafune, the PlayStation Blog also reminded prospective buyers that they’ll get three spells and two costumes for pre-ordering, as well as a free Japanese voice pack.

This is the first Vita exclusive I’ve been excited for in weeks (maybe months), so I hope it delivers. Get a taste of it next week and let us know what you think.