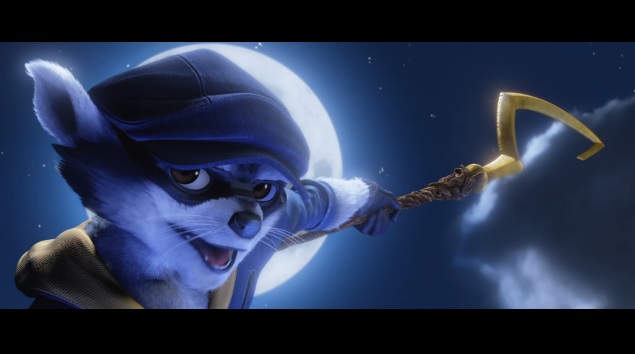 It feels just like the game, which is great!

Sly Cooper has always been one of my favorite game series, mostly because it faithfully recreates the feeling of a Saturday morning cartoon. The cast is also likable and full of life, which is a testament to their solid character designs and voicework.

Well it appears as if an official movie is coming, slated for a 2016 release. The core cast of Sly, Bentley, and Murray are returning, and it looks like they’re up to their old antics on the new trailer. The plot will involve Sly learning of his thievish ancestry, and stopping his arch-nemesis Clockwerk.

We don’t know much about the rest of the cast, but I hope Dimitri shows up at some point.