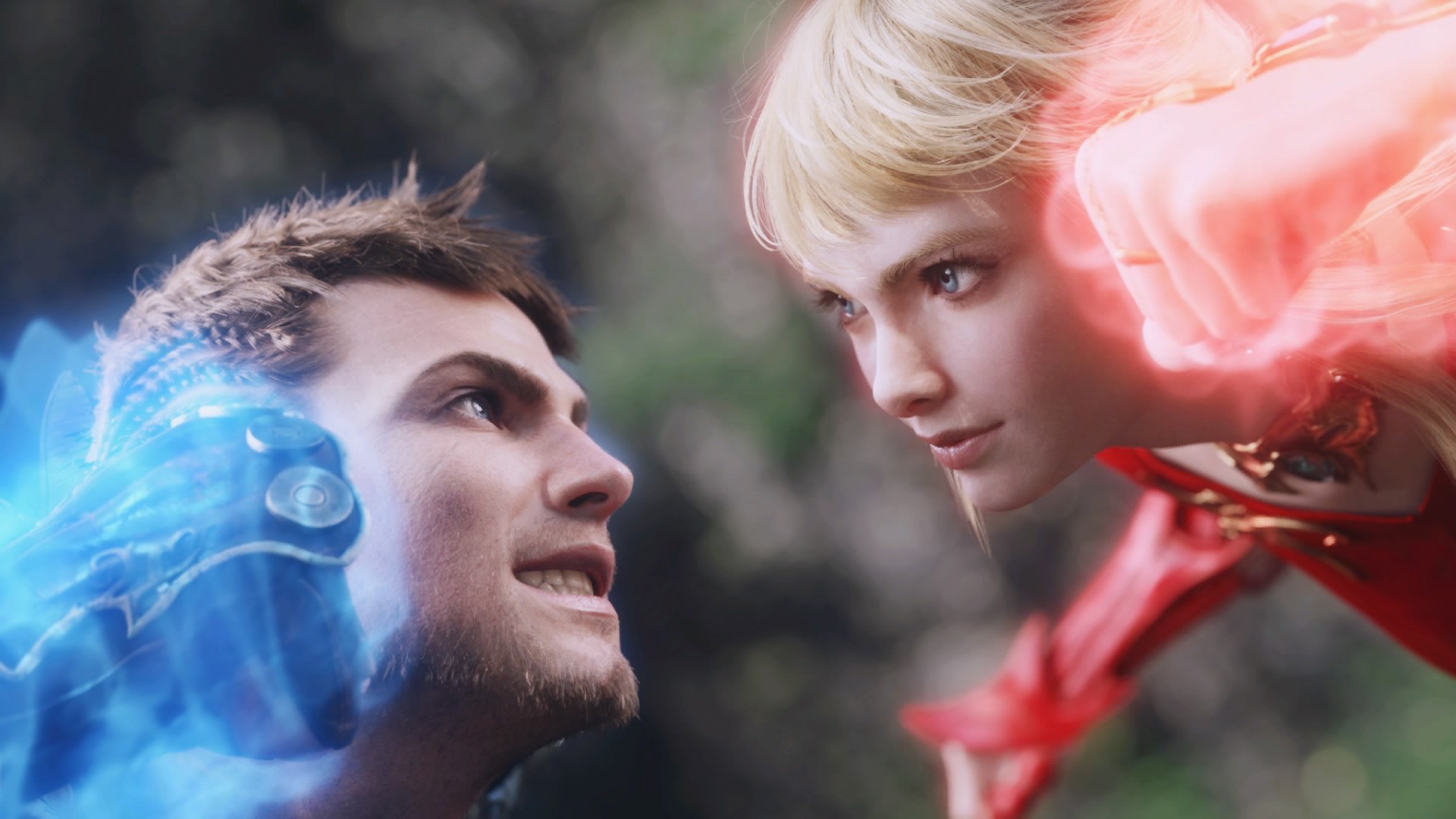 [Chris already gave us his thoughts on Stormblood, but now that early access has cooled a bit, here’s another opinion.]

To say Final Fantasy XIV: Stormblood caught the eye of newcomers, intermediate and advanced players alike might be an understatement. Four weeks ago, my mid-population server of Lamia saw an influx of new and returning players and as of Friday’s early access the place is so packed there are waiting queues to log in. Not long in my case, but still there.

Stormblood is a big turning point for the FFXIV saga and the addition of Samurai and Red Mage only makes it more enticing. From the inception of FFXIV, the plight of Ala Mhigo and its refugees has been known to players. The nations of Eorzea have not been in a strong position to push the Garlean Empire from Ala Mhigo when the Empire and primals  (Ifrit, Titan, Shiva, etc.) have been threatening their own lands from the original release to present.

As the Warrior of Light, you even become something of a refugee yourself in the Heavensward expansion. At the close of the story, you are found innocent of your alleged crimes, have gained the Eorzean Alliance a new ally in Isghard and due to someone instigating a fight with the Empire, the Alliance has been dragged into a direct conflict and now seeks to liberate Ala Mhigo.

As with the initial attempt to liberate Ala Mhigo, the Stormblood early access was not without its tremendous roadblocks.

As of this writing, the issues I know of appear to have been resolved. FFXIV took on quite a load and apparently SE simply was not ready for the stress players would place on instancing servers. Quests that required use of instancing servers, such as the Samurai job quest and main story quest “Best Served with Cold Steel” were difficult or impossible to access, as you were removed from the instance before you could start to complete your quest objective. 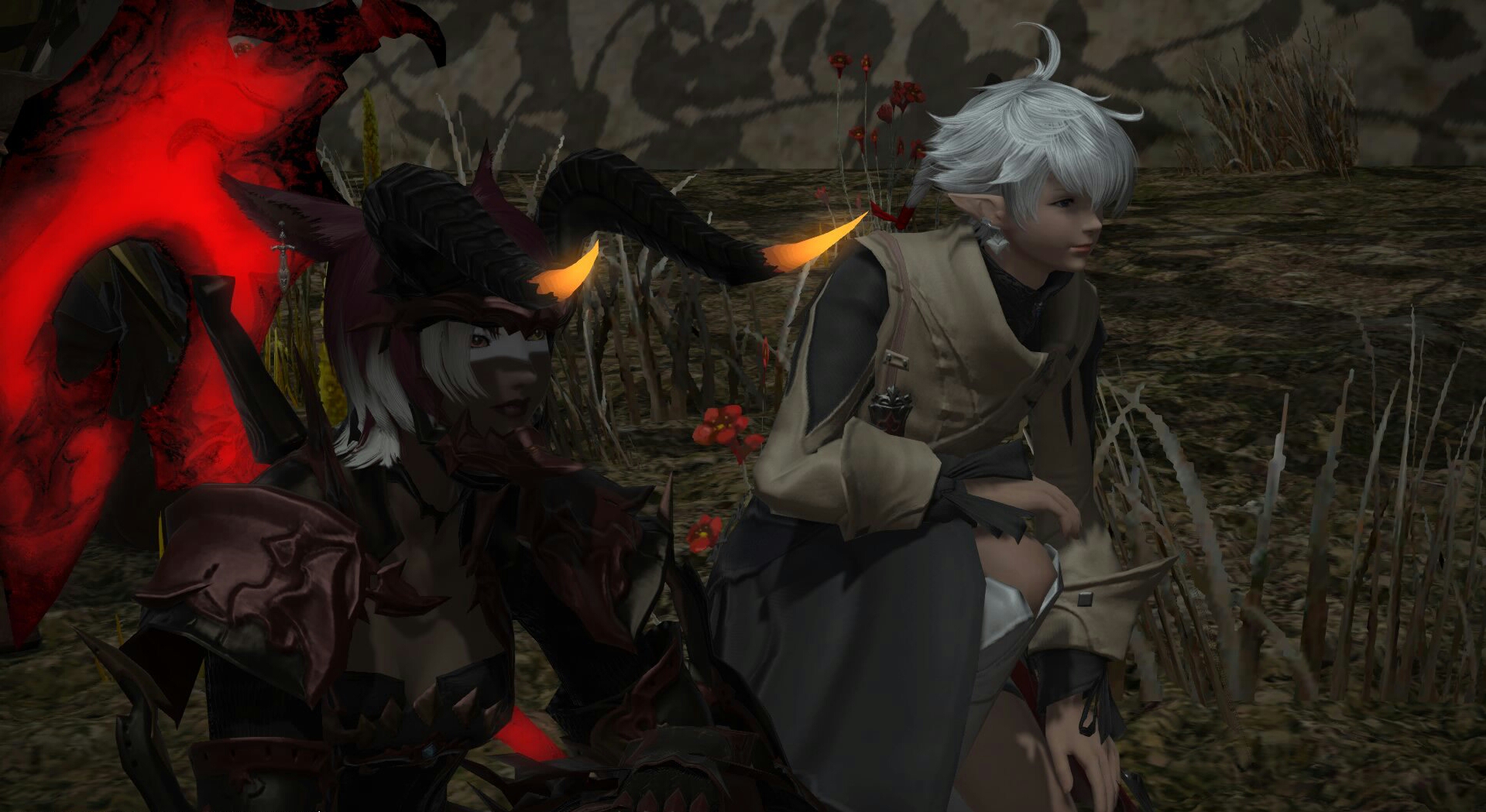 The Samurai job quest eventually was accessible, but until Sunday morning, I was completely unable to progress the latter quest.

So on Friday and Saturday, I simply decided to make the best of the situation and check out other content. I tried the new jobs, some of the general job adjustments, quality of life changes and PvP improvements that came with the 4.0 update.

With the arrival of Stormblood, the FFXIV team has sought to trim the fat out of its many jobs as well as the requirements to unlock them. As an example, to become a Warrior you once had to level up Marauder to 30 and a Pugilist to 15. The latter requirement of a level 15 job has been removed for every original job. Now an Archer can directly progress to Bard and a Conjurer can become a White Mage with no fuss.

Jobs such as Dark Knight, Astrologian, Machinist, Red Mage and Samurai never had the baggage of the 1.0 version of the game attached to them, so the only prerequisite to obtain them is main story progression. The new Stormblood jobs, Red Mage and Samurai, require only that you clear A Realm Reborn’s level 50 main scenario quest “The Ultimate Weapon” while the other aforementioned Heavensward jobs still require completion of ARR in its entirety to access the Heavensward content.

I can’t hope to list all the changes to all the jobs, but each job has been given a unique meter that relates to how their job functions, in addition to new skills being added while others were changed or removed. My Warrior’s offensive and tanking stances each have a meter now and as I perform various attack combos, values of 10 and 20 are added to the meter for a maximum of 100 and can be spent on other, more potent attacks I’ve learned.

This comes with a catch, though. If I switch stances I lose 50 points.

I was concerned about my ability to recover HP as SE had trimmed out a couple of Warrior’s recovery skills, but the changes and spike damage gained in exchange seem to balance out the losses. I can now happily spam Fell Cleave, Inner Beast or Decimate three times in a row from level 60 and will gain a skill at 70 that halves the cost of using these attacks, meaning I could potentially drop six nasty Fell Cleaves on my enemies when I generate 50 points automatically by using my Infuriate skill. 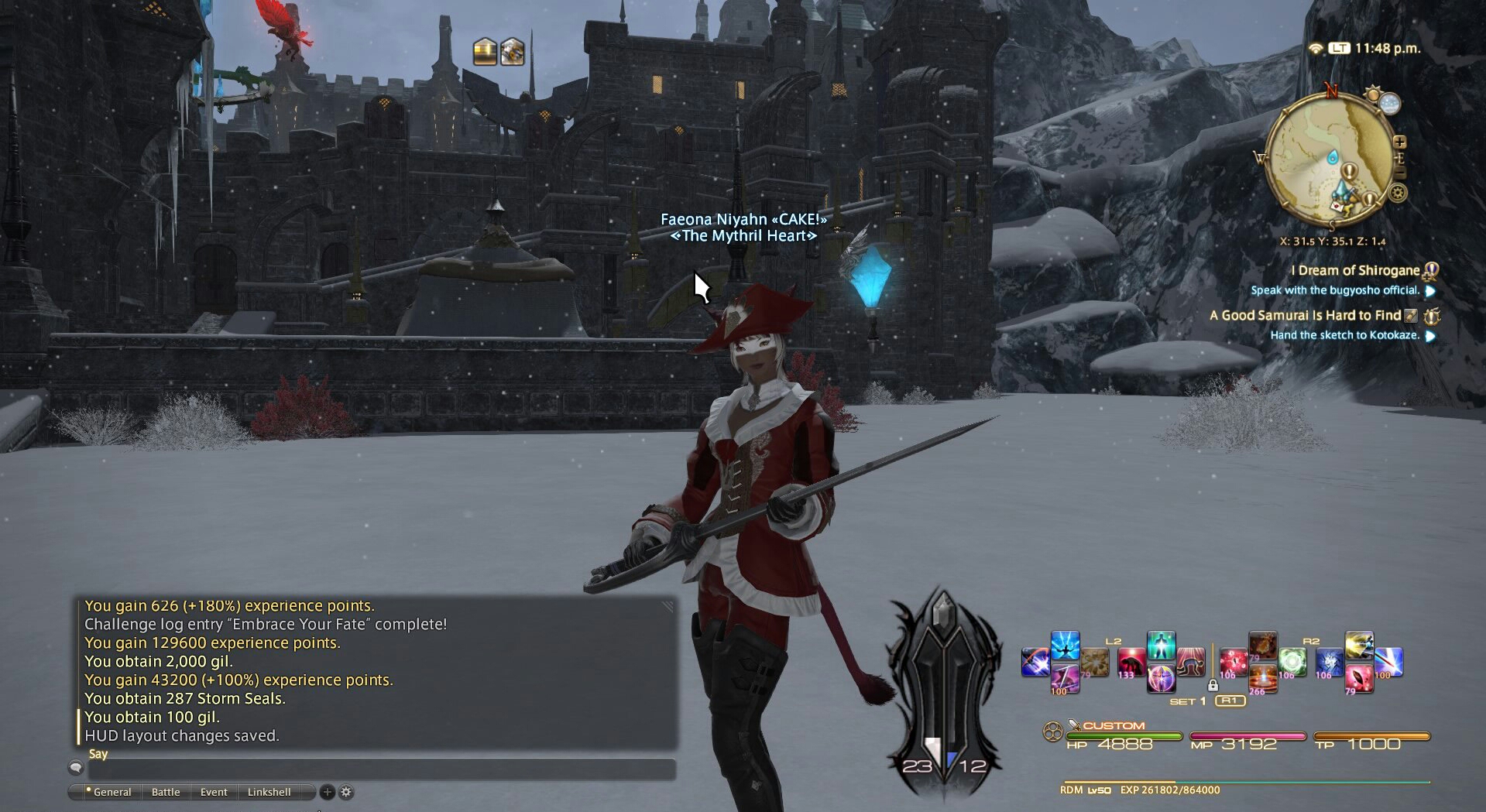 That said, these gauges are hit or miss in their usefulness. With Red Mage and Warrior, I get a useful, numbered readout of my progress toward special moves and conditions. With Monk and Scholar, I just get a larger, garish display that shows me three dots of “charges” for special skills that were previously communicated in smaller, more effective icons.

As for the new Samurai and Red Mage jobs, Samurai is currently positioned to be one of the most potent DPS classes in the game and has the most complex combo system in the game. By generating three symbols on their Sen gauge through the use of various weaponskill combos, they can unleash some rather nasty attacks.

Unlike many other DPS, however, they don’t offer much utility to their allies. They can buff their own attacks, but at present can’t debuff enemies with their attacks to benefit others.

Red Mage combat is all about striking a balance in the use of white and black magic to amp up their rapier atracks. Defined as a ranged caster, a Red Mage doesn’t simply run in  and start swinging their swords, but cast spells from mid-range before any damaging, swashbuckling swordplay can occur. They also posesses exclusive mastery of the Doublecast skill, where their first spell can instantly be followed-up with another.

Strangely, they don’t have access to curative magic out of the gate at level 50, but at 54 it becomes part of their arsenal. This is DPS class by design, though, so while a Red Mage can  toss out a heal in a pinch and even remove most status ailments at times, there are no full-party cures or raise spells in their arsenal (Correction: RDM gets a raise spell at 64). 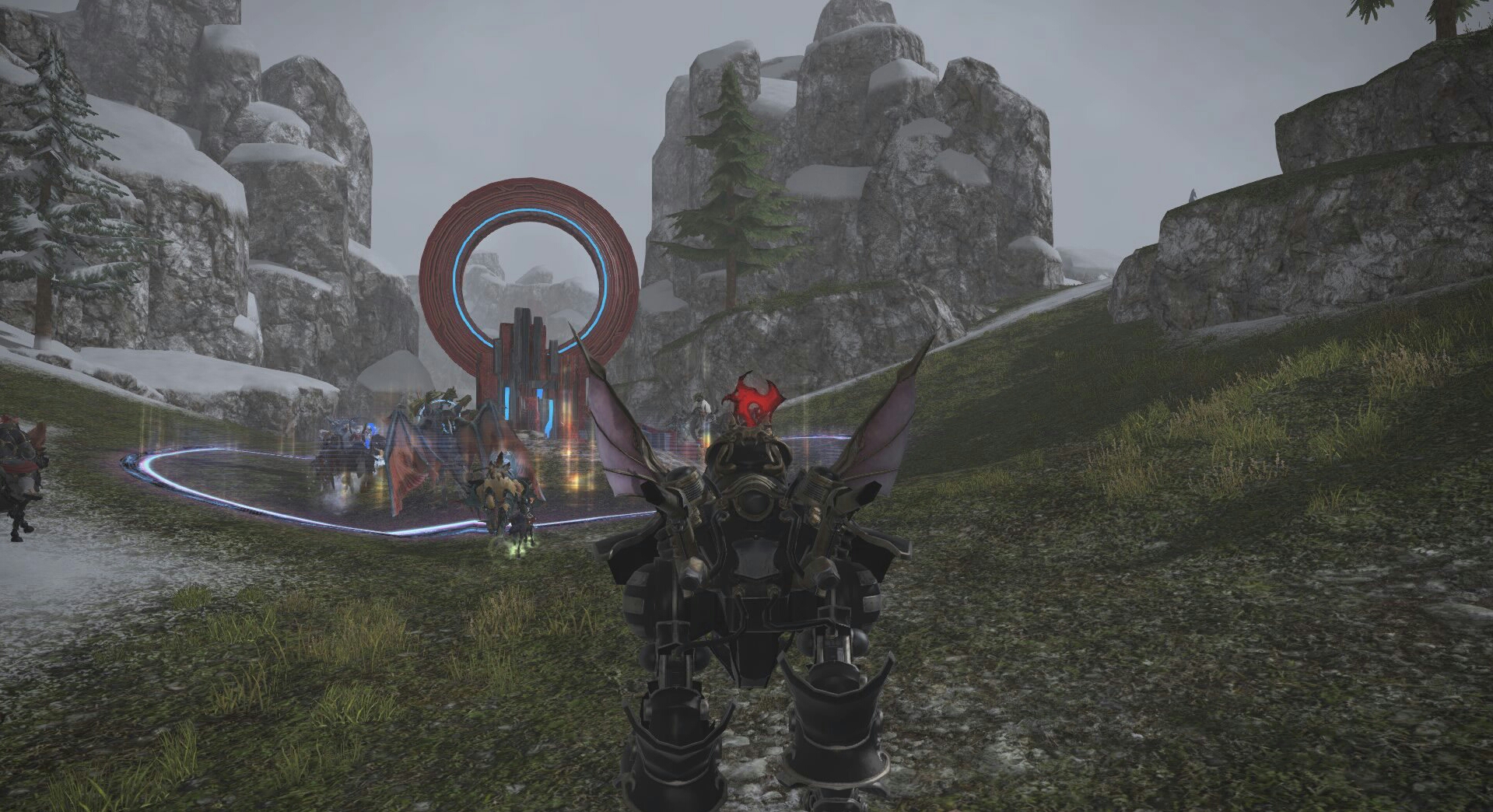 As for other changes, PvP has been dramatically revamped. Weeks ago I would have described FFXIV’s PvP as being about as fun as eating shards of glass, but this was largely due to having to fumble around my crossbar to find the attack I needed to use while 24 other people were trying to kill me.

Weaponskill and spell combos for all jobs have since been stacked into a single button or keystroke. Before I would have to tap three different buttons to perform a Warrior’s Brutal Swing combo, now I just press the Circle button three times. I don’t have to sift through multiple pages of skills on my crossbar to use what I want.

Finally, inventory space has been expanded for all players and mount speeds have doubled in certain areas provided certain main story requirements are met. Obsoleleted endgame currencies from Heavensward can be exchanged for tomestones of poetics that can now be spent in Idyllshire and swimming has been added to various areas in the game. Most swimming happens in Stormblood regions, but newer players can enjoy a small preview of the experience by taking a dip in Coasta Del Sol over in the La Noscea region. 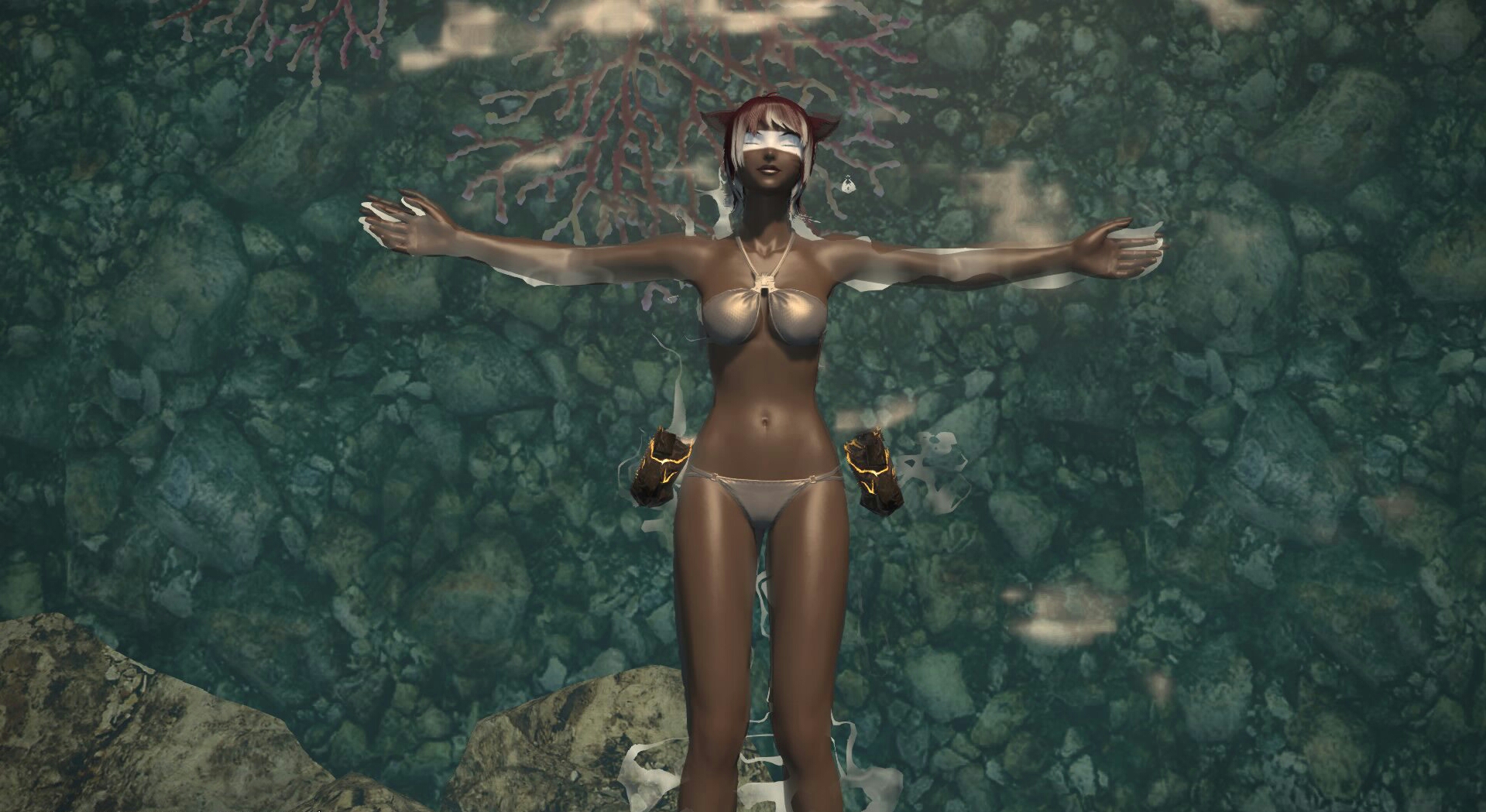 All in all, once the instancing issues were out of the way, Final Fantasy XIV: Stormblood once again felt like the MMO I had enjoyed the last several months and the Tuesday launch should go smoothly.

I’ve since made it to the far eastern city of Kugane, which is a pretty large, breathtaking locale. It’s also brought some much needed splendor and humor to what has otherwise been a pretty grim story thus far. My next stop is Doma. Not that Doma. This one should have clean water.

At least I hope so. 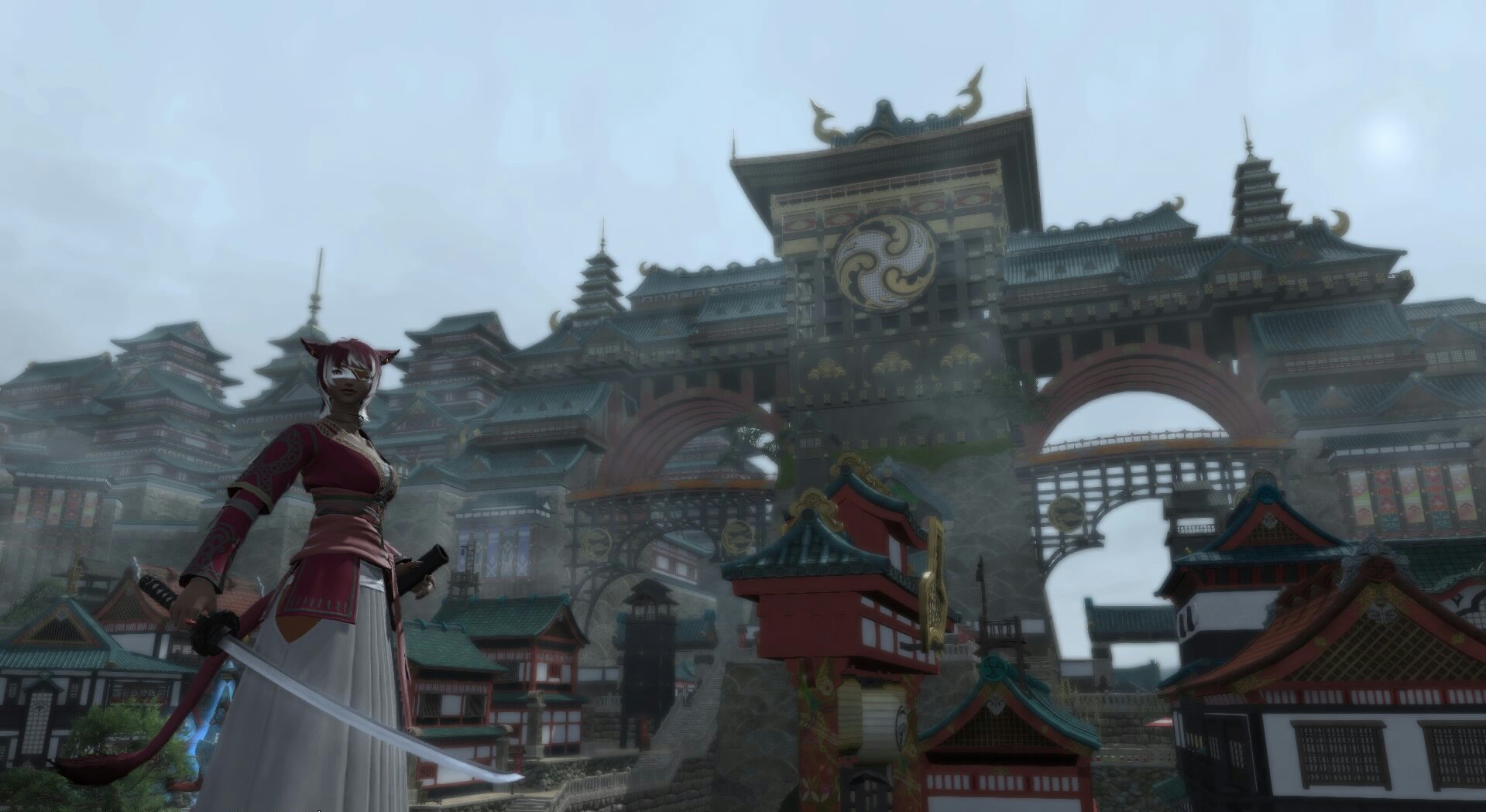