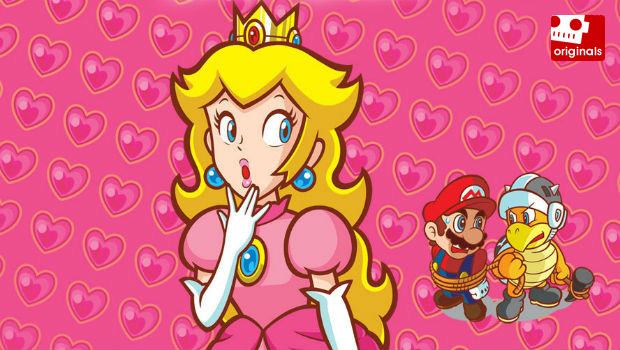 [Dtoid staff member Chris Carter used his community blog to dissect some of the tropes discussed in yesterday’s interview with Anita Sarkeesian; ultimately, he remains unconvinced. Want to share your own opinion on the subject? Get writing! –Mr Andy Dixon]

Recently, Anita Sarkeesian and Destructoid engaged in an interview, mostly regarding her new Kickstarter initiative, set to expose many anti-female or over-sexualized tropes present in videogames.

Anita made headlines when she was lambasted by angry detractors who attacked her personally, and said that “she was just doing it for attention.” Although personal attacks are never OK, the fact that her Kickstarter now allots approximately $160,000 to this previously $6,000 project raises some concerns in many gamer’s eyes: not with Anita herself, but with the project.

With this much money involved, people want to be sure that Anita is doing everything she can to truly make a difference, and not provide a face-value assessment of the subject matter, that may misconstrue the original developer’s intentions.

I have to say this upfront immediately, as many people will read the first few lines and make assumptions: this blog is not meant to be a personal attack on Anita in any way, nor is it meant to debate the etymology or efficacy of modern feminism. She actually seems like a cool person, I just take issue with some of the “tropes” that she has chosen to bring to light.

This is meant entirely as an in-depth look into some of the games that she feels are perpetuating a negative female stereotype, and not an attack on her personal character — as a result, I’d like to ask that your comments here also refrain from any personal attacks.

So without further ado, here are some of the examples she has given: 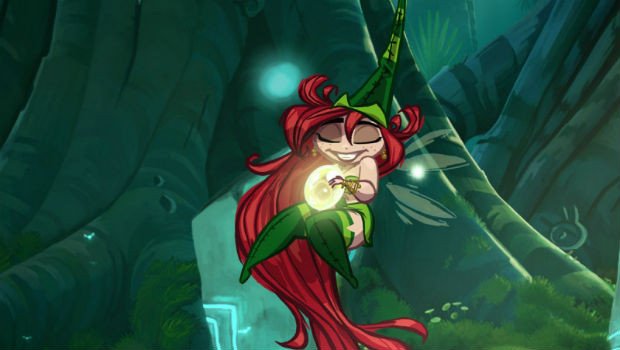 Sarkeesian: Rayman Origins is one of the best platformers I’ve played in years. It was a fun, challenging, and gorgeous game but I was frustrated that I had to repeatedly save the “busty” Nymphs in Distress.

Firstly, the Nymphs themselves are a classic set of characters from the original Rayman, and are not unique to Rayman Origins. In Origins, they provide Rayman and co. with their powers, which are absolutely necessary to complete the game — they are a powerful force that run the game’s world, and oversee the elements that create it.

They are also the creator of Rayman himself (specifically Betilla the fairy, who has a name). Yes, that’s right, in this particular universe, woman created “man” (or Ray…man, in this case). If need be, the game’s strong female characters could simply create another Rayman. This is essentially the antithesis of the Garden of Eden, a very male-centric origin story that contends that females were formed from the rib of a male.

An argument can be made that the Nymph’s new look is overly sexualized, which is a fair assessment, given that they share many physical characteristics with a Tex Avery cartoon. I would contend that given the Nymph’s (and some fairies’) actual historical origin of presenting themselves as tempting and desirable however, that this is more of an attempt to synthesize that same mythological history, to convey a familiarity with the audience.

I also feel like the Nymphs are very comfortable with the way they look, and look down on Rayman from time to time as someone with a mischievous devil may care attitude.

This is just one example of the other side of the argument. I can only hope that these sorts of points are brought to light. As is the case with every argument, there are two sides, and progression can only truly be gained by looking at all possible viewpoints, and forming a comprise. 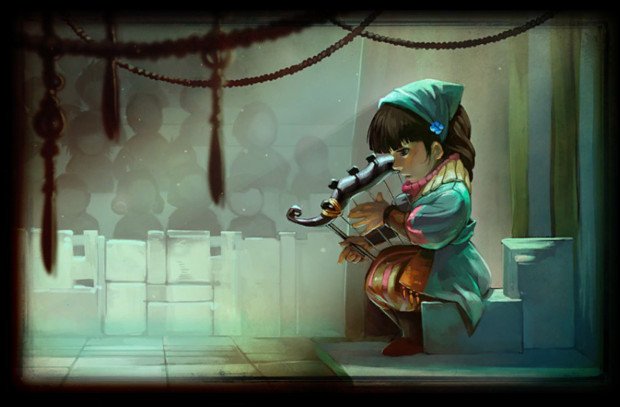 Sarkeesian: On the indie side of things, I really enjoyed Bastion, but the only female character in the game doesn’t have any depth (to put it mildly); basically, her whole characterization was “The Female.”

The fact that she does not refer to Zia by name is my first issue. “The Female” not only has a name, but she is far from being labeled “just the female”. If someone rushed through the game without taking the narrator’s framework to heart, or skipped the challenge arenas, it would be easy to come to that conclusion. Thankfully, that’s the opposite of what actually happened in Bastion.

At one point in the story, the main character named “The Kid” (a male) assumes that Zia has been kidnapped, and rushes off to save her like a damsel in distress. However, it is actually revealed that Zia left the camp of her own accord, willing to brave the wilderness to discover the truth behind their world.

At first glance, Zia seems like someone who would not be able to take care of herself. In one fell swoop, she has turned this trope on top of its head, and is a positive role model.

Bastion is a minimalist game — you actually don’t learn everything about any of the game’s characters. In fact, you actually learn the least amount of information about the game’s main character — a male simply named “The Kid”.

Additionally, Zia is not over-sexualized in any way. She is simply seen wearing a very non-assuming outfit — not that it would matter if she decided to dress different (which I’ll get to in a moment). All in all, there really is nothing bad you can say about Zia. 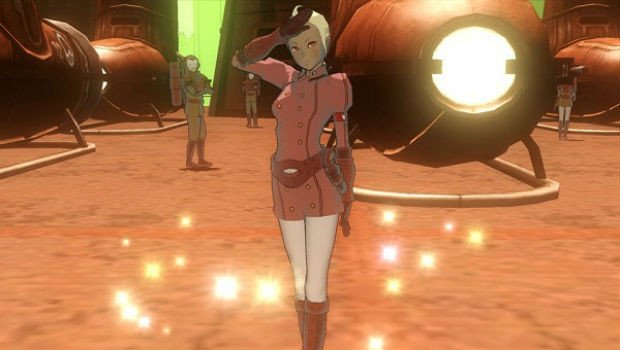 Sarkeesian: This week I’ve started playing Gravity Rush and I’m really loving it, though I have to say it’s a little ridiculous that our hero Kat flies and tumbles through the city at tremendous speeds, lands upsidedownways on various building or structures and fights Nevi monsters all while wearing high heels and without any armor (or even pants). Can you imagine what her knees are going to look like? Someone needs to get this woman some protective motorcycle gear and a pair of hefty boots!

This is going to be my longest example, because I feel very strongly about the positive characterization of Kat.

I can’t tell if Anita is trying to be funny here or not. Taken at face value, this argument is very tenuous, given that it doesn’t take into account the game’s world rules in any fashion. Kat’s powers allow her to fall from unforgivable heights and not break any bones because of what’s basically a force-field that’s built into her superpower abilities. Whether or not she has “armor on” or not is not relevant, as she could protect herself from harm regardless of her wardrobe choice.

Speaking of wardrobe choice, however, Kat specifically refers to the fact that she “enjoys” donning a school-costume upon going undercover in one mission. If she really enjoys dressing up (as I know many of my friends do), who are we to deny her that right?

This also isn’t taking into account all of the game’s additional costumes besides the one you can find in basic screenshots, or, most importantly, her personal character. Simply put, Kat is one of the most positive characters to ever come out of gaming: male or female. She’s one of the most loving, kind, and heroic individuals in any medium to date. Period.

In one late mission specifically, Kat is tasked with overseeing the military’s takedown of an evil alien species referred to as the Navi. During the operation, one lone pilot is shot down. Your male General dismisses him as a mere casualty of war, but Kat won’t stand for it. Immediately and without hesitation, she disobeys orders (knowing the potential consequences), and goes to rescue the pilot. “I can’t just leave him. I just can’t”, she yells, as she drops down into the chasm below.

But it goes further than that. Not only does Kat show resolve, but she follows through. During that same mission, she has to save said soldier without the use of her gravity powers. Even without her super-human abilities, Kat is still a strong, and unrelenting force. She not only saves the soldier, but she goes on to save the entire town on that same mission. Talk about a force to be reckoned with!

It’s details like that (not information that can be picked up from a trailer), that I would like to see in the finished product. 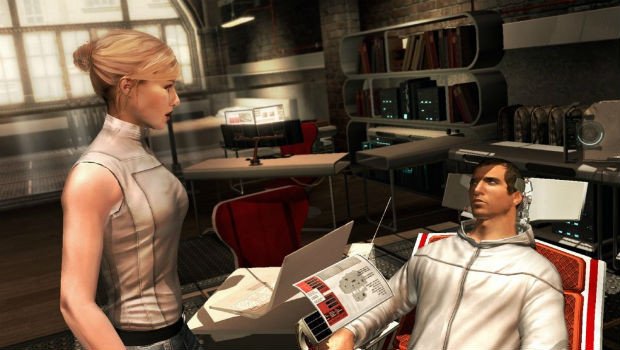 Sarkeesian: I really appreciate the gameplay and some of the complexities of the Assassin’s Creed series, but I’ve been regularly disappointed with the female characters for a whole host of reasons that we don’t have the space to get into. I am, however, looking forward to Assassin’s Creed: Liberation for the Vita which is (finally) going to feature a woman, so we’ll see how that goes *fingers crossed*.

Anita doesn’t take into account two major factors: the efficacy of historical fiction, and Lucy Stillman. As fellow Dtoider Kyle MacGregor perfectly voiced, “It’s not necessarily the place of historical fiction to be gender progressive if they’re trying to be more or less accurate.” I think this is a very salient point. Although there are women who do defy these traditions (as there actually were, historically), as a general rule, women would not be able to speak out against say, The Pope in Assassin’s Creed: Brotherhood.

Regardless, there are female assassin’s to recruit in Brotherhood and Revelations. In fact, many gamers were proud that all of their supporting assassins were female — the fact that this is possible in the game is a great thing. I also see no attempt to mention Sofia from Assassin’s Creed: Revelations as a positive role model for women, despite historical restrictions for her gender at the time.

There’s no accounting for Lucy, who is arguably the most complex, and strongest character in the entire series to date — I can only hope that some of the Kickstarter funds will go towards, say, Assassin’s Creed: Revelations‘ DLC, which enhances Lucy’s story.

On top of all that, not only do these aforementioned characters exhibit strength in the most dire of times, but they repeatedly outwit their male counterparts (Sofia to Ezio; Lucy to Dr. Warren Vidic and Desmond himself). 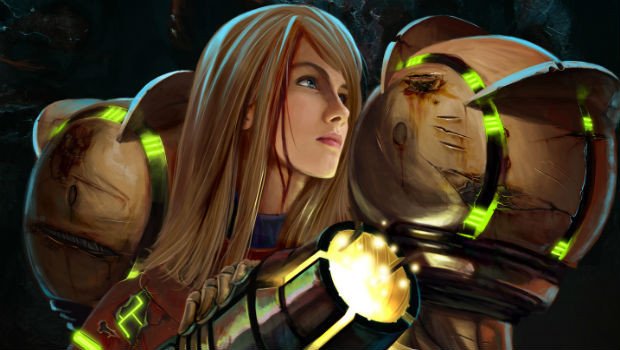 So do you guys agree in any form with some of the assessments given above? While Anita’s personal attacks were completely unwarranted, the beauty of the internet is that amidst some of this blind hatred, rational gamers can also voice their opinion.

Note that this has nothing to do with “privilege”, or any sort of socioeconomic argument: this is simply a balanced view of some of the misrepresentations given for a few of Sarkeesian’s examples from a gameplay and narrative perspective.

I think people are quick to shut down arguments by attacking someone personally (such as “you hate women”, or “you are a self-loathing man”), but I like to think many of you community members are a bit more open minded than that. Just as this blog itself is one man’s opinion, Anita’s work is also another person’s opinion, which she more than has the right to.

As Jim Sterling’s Jimquisition series has wonderfully shown, the internet is a great thing, as it allows for a varying degree of opinions. This is simply one gamer’s concerned opinion, nothing more. At the very least, I hope Anita can learn from some of the above examples, and convey a more balanced view in the future. I really think that with the right material, she can make a change.

I’m just not sure I’m convinced yet.