[For people who love fighting games, character devotion is not a new thing. But to OrochiLeona, it is especially striking seeing how Sindel has so far been reduced to a supporting character in the recent Mortal Kombat X. I mean, if Potemkin didn’t come back to Guilty Gear Xrd, then what is the point of it all? Got your own thoughts on something we take for granted? Start a blog and join our community! -Striderhoang]

I’m currently spending copious amounts of time playing Mortal Kombat X, the latest in a series I’ve been loyally following since its inception in 1992. I’m having a ton of fun with it, but there’s a lingering gripe for me, and it is the omission of Sindel, my favorite MK character. I’ve steadfastly played as her since her first appearance in 1995, some twenty years ago.

Fortunately, she appears in the form of an NPC in the game’s rad story mode and even gets a few cool moments to shine in the action set pieces. I’m hoping for a fully fleshed out character release for her down the line. Because even two decades later, I’ll never, ever get tired of taking her into battle and whipping dat hair back ‘n’ forth. 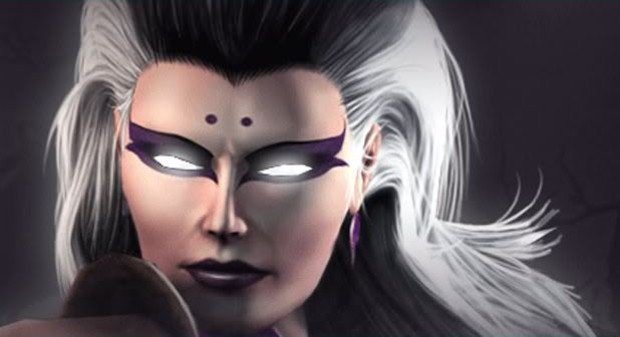 But this isn’t specifically a blog about Sindel, my longtime waifu and killer of your favorite MK heroes.

No, I wrote this piece because of a subject that has been floating in my head for an age now. The importance, some would say necessity, of favorite characters.

I’ve been playing video games since the mid-1980’s and have had the fortune to have been playing fighters (my favorite genre) since their inception. Back then, the very idea of world tournaments, broadcast live to thousands of people, with sponsorship and big cash prizes on the line, was the stuff of a madman’s dream. Playing Street Fighter as a profession, with thousands of dollars up for grabs, seemed about as likely to materialize as smartphones, flat screen TVs and Saved By The Bell: The College Years.

But today’s world is a very different beast, and whilst two of those three possibilities lived up to our lofty expectations (shame about smartphones) we now have EVO, the Capcom Cup and many other prestigious tournaments. These events feature the Fighting Game Communities’ finest, battling hard, with starry-eyed desires of achieving fame on the big screen, in front of terrible commentators and dangerously dehydrated audiences. 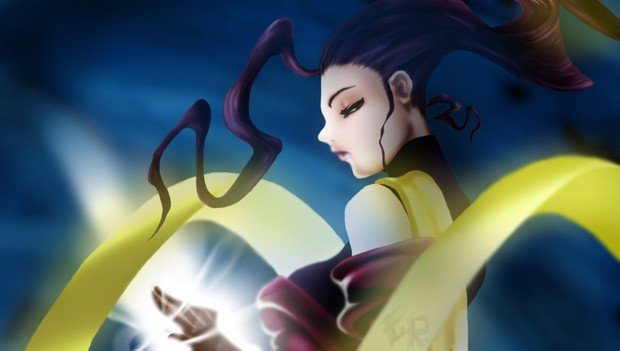 As such, a large contingent of FG players have developed an obsession with tier lists, and an inordinate amount of time is spent arguing about such on forums, as character select has become, for many, a question of mathematical logic and frame-based formula. Characters have boiled down to numbers.

Players, from the pros to the newbies (furious at their 10th online loss in a row) are constantly calling for buffs and nerfs, often with little insight into whether their opinion holds water with fact. The release of any fighting game today is followed, within mere hours, by furious forum brawling over which characters are overpowered and, quelle surprise, it’s usually the fighter the complainer keeps looking at the lights for. 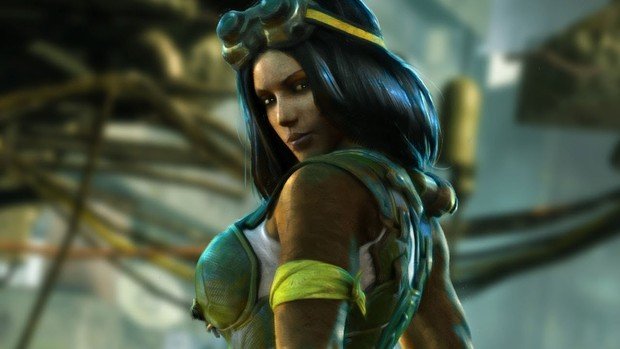 I have no issue with FG theory and for the successful tournament player, it has proven itself an unpredictable and savage creature that must be tamed in order to reach the upper echelon of game pad warriors. But personally, where character choice is concerned, it’s very different for me and always has been. For decades now, I have followed the same routine time and again: I’ve locked onto a character that appeals to me personally, visually, mentally, and have then stuck with that character, option selects and wake-up reversals be damned.

They are usually female and often have some tragic back story, with specific allusions to suicide, persecution, or self-destruction. The troubling part is, in almost all cases, I never know this information until after I’ve been playing as the character for a while, which would remove the theory that I instinctively seek out these doom-laden gals. It’s a worrying coincidence and there are some parallels to my own life there, but I’m not about to investigate it further. Well, not in this article anyway. 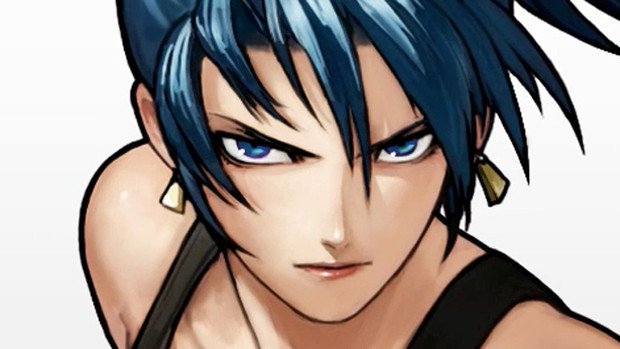 It is a trait of mine that definitely has some psychological weight behind it. There has to be a reason I have played exclusively as Sindel for twenty years, or as King of Fighter‘s Leona for almost the same length of time. I do admit to falling foul of fanboyism at times, even at an age when I absolutely should know better. I find myself quite defensive of my digital scrappers of choice, like you have dared to insult a dear friend.

Though I don’t have any definitive answer to my personal stance on this unwavering character support, I’m sure it’s all about certainties. Many of these characters represent a continuous timeline span throughout my childhood and my teenage years, to my maturity as a young — and now not-so-young — adult.

Nostalgia has never been as prevalent in media as it is today, and I think these characters are a form of that. They are a link to misspent youth and a gamut of memories, good, bad, and tragic. I may have changed towns, schools, jobs, romantic partners and seen many friends come and go (some permanently) but when I boot the character select screen of the fighter in question, guess who’s always there? Timeless, unaging and unaffected by the outside world, my life’s events, feelings, or emotionally maturity (or lack thereof?) that I may have developed in either.

It’s similar to being dedicated to a particular sport all your life, or a comic, or even a band.
There’s a team mentality. A character loyalty, and for those who may not be mentally comfortable (plot twist: I am not), the removal of minor certainties can encourage an imbalance, a loss, or a fear, no matter how irrational it may seem to others.

I’m not comparing a missing videogame character to anything as serious as losing a limb or a loved one, of course not. But I am suggesting that when favorites vanish from games, shows, or comics, or when sports players or music groups retire, it can cause an unease. It can cause a feeling of change or insecurity. Whilst that might be no big deal for some, for those who thrive on having continuity in their lives, it can cause quite a stir. 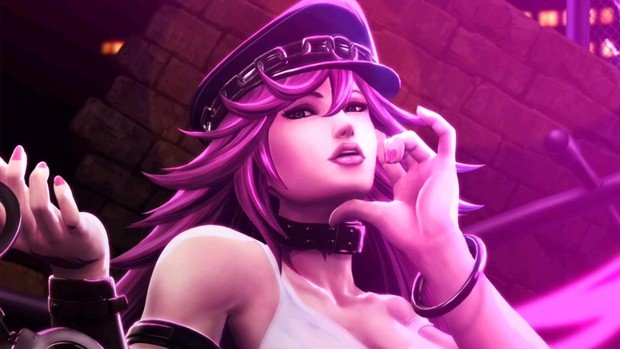 A genuine concern about the attachment of an audience to characters is how easily exploitable it is. Every modern fighting game’s release has been followed with statements of “I hope X character is DLC” Hell, I’m guilty of such in the first paragraph of this very piece, and that’s a worrying thought.

Capcom was one of the first to exploit this so blatantly, with the Street Fighter x Tekken on-disc fiasco, then Square Enix followed suit with Final Fantasy: All the Bravest, a game seemingly custom-fucking-designed to raid the wallets of eager Final Fantasy fans everywhere. It certainly seems, for the more unscrupulous of publishers, that blind fan service is an easy path to major moolah.

I guess the intention of this article is just to wonder aloud about how dedicated many of us can become to our digital heroes, almost to the exclusion of the advancement of a franchise, or the morals of our DLC-buying decisions. But it can be difficult for long time audience members to move on, especially when they, perhaps subliminally, have associated their personal passage of time to their muses of choice. I don’t believe it is healthy for me to see videogame characters as defining my past existence. I definitely shouldn’t have to, as I am lucky enough to have had a fascinating journey through life. It is a life that has seen me travel the world, perform for audiences in many capacities, write, create, learn, love and integrate with hundreds of people, good and bad. 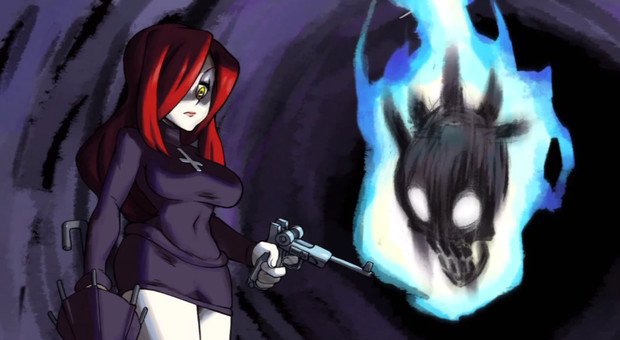 But videogames have been a constant to me for over thirty years now. Raising their frustratingly addictive little heads, always evolving, changing, improving (allegedly) and reappearing in your lives time and again. Whenever they do, it’s always, always an absolute joy to me to see a familiar face on the character select screen.

You see, I love these guys. It’s a comforting reminder that although time frequently costs you a little of something physically and mentally, with the realization dawning that you maybe just ain’t quite as fast, fun, and flexible as you used to be, these fictional dudes and dudettes suffer no such impediment, despite the ungodly cyber violence you visit upon them year after year. Here’s to your favorite characters, whatever the genre. Support them proudly, they have brought you much joy. 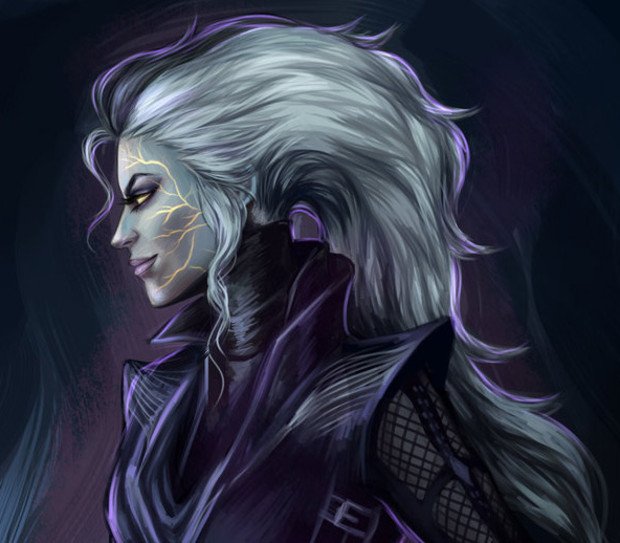 Thanks for letting me think aloud with you all. Hope you found it interesting.
I would love to hear who your favorite videogame characters are, and whether there’s a recognizable pattern to your choices. Maybe you’re a character-hopping FGC member? I’d like to hear about that too. What about having similar habits in other genres? I encourage and look forward to your views on the subject.

Thanks again for reading. The floor is open, so grab the mic friends.