If you’d prefer to flee from the Monokuma masses on the latter platform, you’ll be able to do just that next summer with both a digital and physical release in North America and Europe. NIS America is doing a $55 limited edition for Ultra Despair Girls, and it has some fly-as-heck box art. 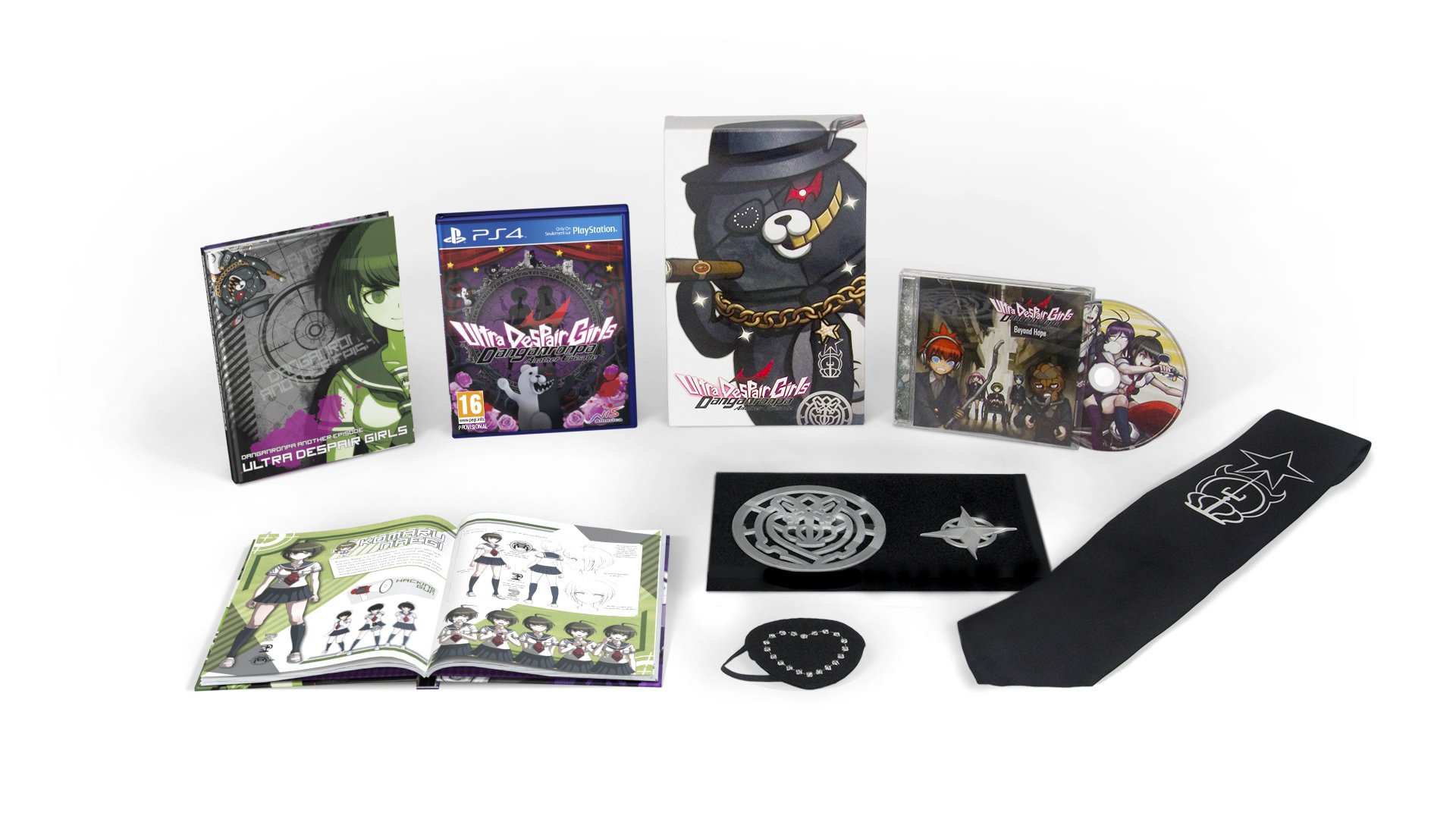 Besides the game itself, the package comes with:

I couldn’t begin to lay out the plot, but this summary from NIS will do just fine.

Komaru Naegi is a normal girl, the kind you can find anywhere. She was taken from her family and imprisoned in an apartment during The Tragedy. Even after a year and a half, she has not managed to escape. Komaru has almost completely abandoned hope and has grown to accept her imprisoned life. But one morning, she was forced to learn an even deeper despair when someone suddenly broke down her front door. But it wasn’t a hero or a savior…

After escaping from the merciless Monokuma, Komaru is surprised to see the outside world, a world she hasn’t seen in one and a half years. It has become a world of despair, where children controlling Monokumas ruthlessly hunt down adults. Her only hope of survival is the Hacking Gun, given to her by a mysterious stranger, and a girl by the name of Toko Fukawa.

The important takeaway, I’d say, is that this is the game where you get to use a Hacking Gun that can shoot Truth Bullets to make the monstrous bears dance. Pretty, pretty good.