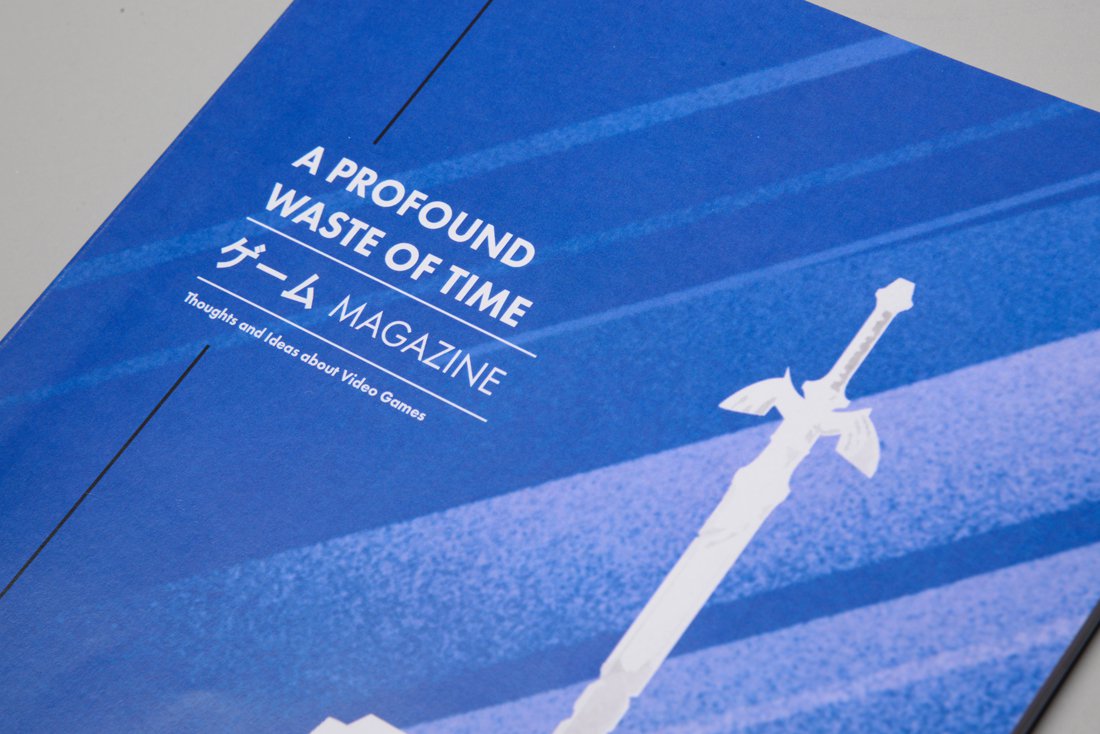 [Remember Caz? A few months ago we put his small gaming zine on the front page because of its amazing quality. Now Caz is ready to showcase his latest project: a complete print magazine made up of all the amazing Dtoiders who responded to his call for submissions to round it out! His first project was stellar but frankly his latest one is an incredible piece of work! ~Strider]

So last Friday, after far too many all-nighters and weeks of building and curating, we finally had our degree show. It was extremely busy and a lot of fun. It was great to feel like I’d finally crossed the finish line and the whole thing felt a bit surreal really.

So now that I’ve had some time to breathe, I wanted to show my pals at Destructoid a bit of my mag, A Profound Waste of Time. 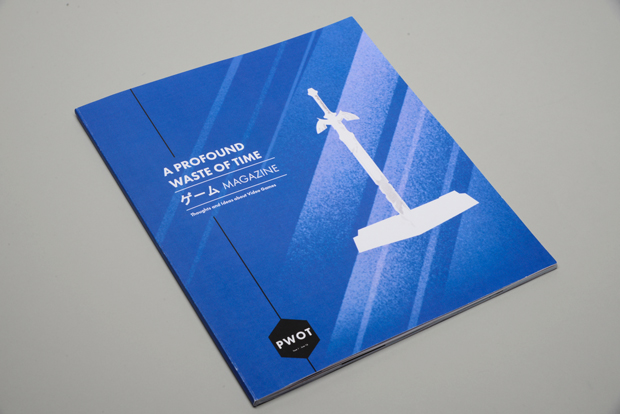 A Profound Waste of Time is a bold new independent magazine, aiming to shine a spotlight on the best parts of gaming, be it game design, criticism, and the community that surrounds it all. Each issue’s content is framed by bespoke illustration and editorial sensibilities, with the aim being to celebrate and elevate gaming culture and discussion.

Or at least, that’s what I’d say if I was trying to sell it. 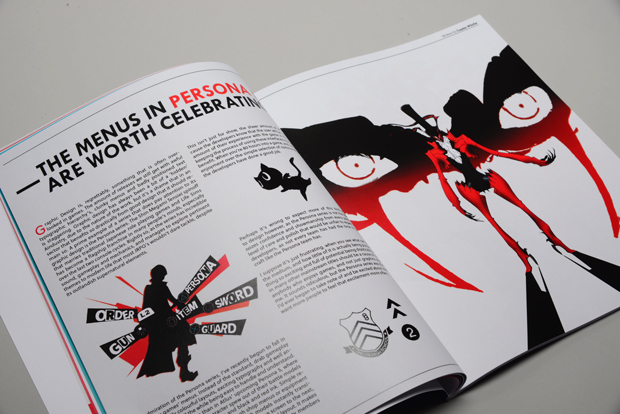 Essentially, I wanted to create a beautiful magazine about games, as there seems to be a drought of publications talking about the things that got me interested in the industry. I’ve always been frustrated by the dismissal of games as a medium, and this attitude is not just relegated to people of an older generation, but many people in my own age group. So many people dismiss gaming as being a violent, infantile distraction, but we all know that’s not true. 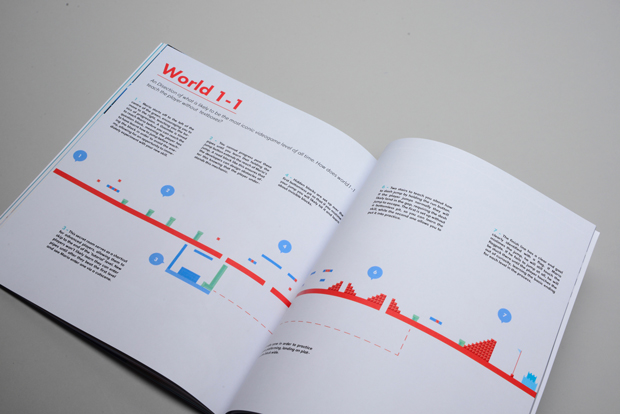 It may sound pretentious, but I wanted to create an arena where we can showcase intelligent discussion about the industry in a way that feels engaging and visually exciting, not just to combat this stigma, but to celebrate why we don’t just like the odd video game, but we believe in games as an art form. I hope that I’ve made something that anyone can appreciate on some level, regardless of whether or not they are gamers.

At the end of the day though, I’m just glad I made a decent final project! 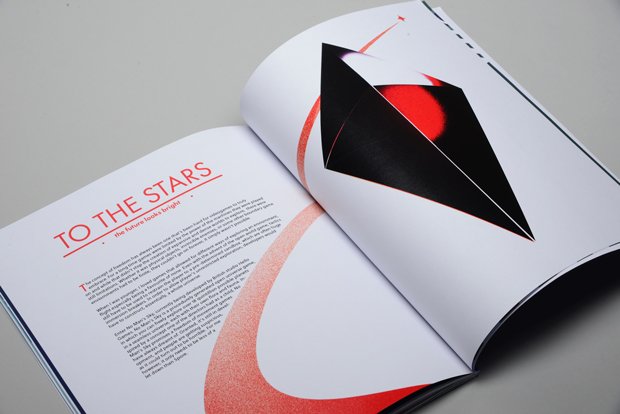 So without any more fanfare, I’d like to showcase a few of the pieces in the show, as thanks to your submissions, I was able to end up with a magazine that is perfect bound and 60 pages long! 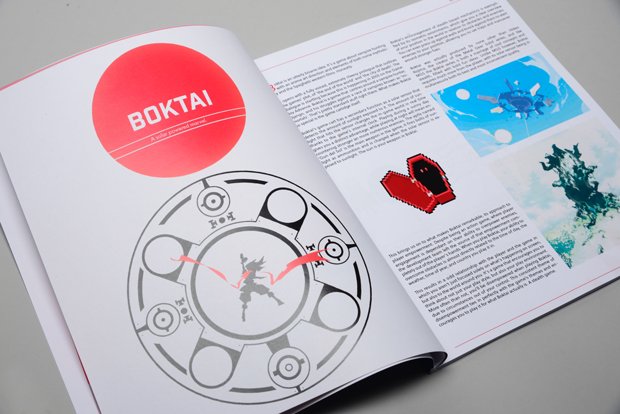 This version is very much a re-imagining of the zine project last year, but I think things have improved a bit since then. Expect to see a few familiar titles pop up here and there.

The first piece I want to shine a light on is ‘Gaming Through Pain,’ by Elsa. You all know and love her, but it has to be reiterated that her story and insight into games as a coping mechanism is truly remarkable. It was a real honour and a pleasure to be able to include this in the mag. 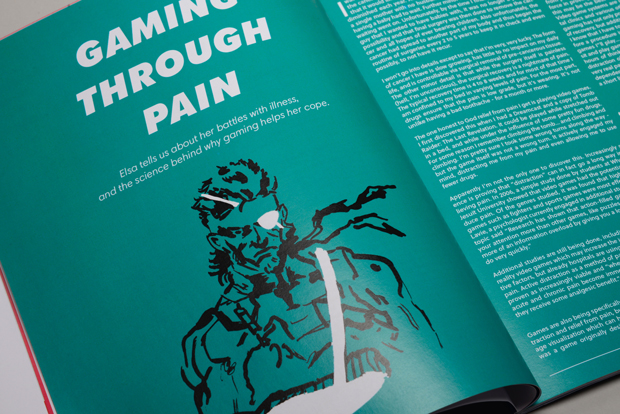 Coming up next from the community, we have Michel’s six-step breakdown into creating compelling video game narratives. He talks through everything from Persona 3 to Call of Juarez. I’m really proud of how these two spreads turned out (four pages in all), I think I was able to lay out this great piece in a way that feels comprehensible and clean. I need to state that Michel submitted so much stuff I could probably make a mag just out of his writing, but I only had time for one for this deadline. Next time! 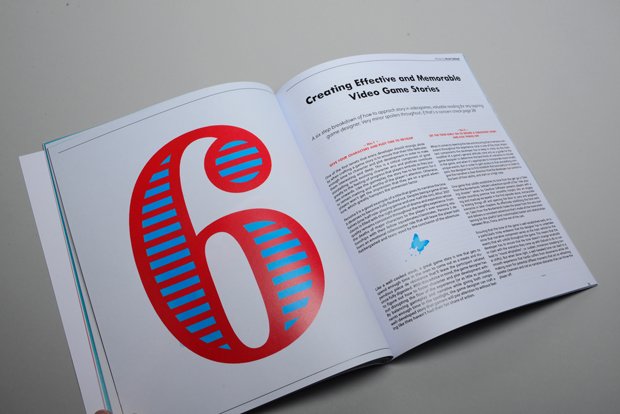 Next up is Andrew’s piece on Everybody’s Gone to the Rapture. I love including pieces like this, that walk you through what a person thinks and feels when playing a game for the first time. It feels personal and insightful. It’s great seeing posts like this in print. 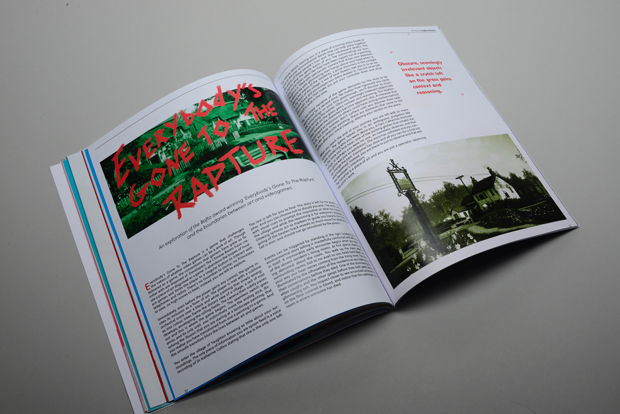 In the same vein, we have Jose’s reaction to The Talos Principle. I nearly managed to get an interview with the makers of this game for the issue, but it fell through. It’s safe to say I was pretty ecstatic when Jose’s article came onto my inbox. It’s a piece that manages to be both contemplative and funny at points. Well worth a read. 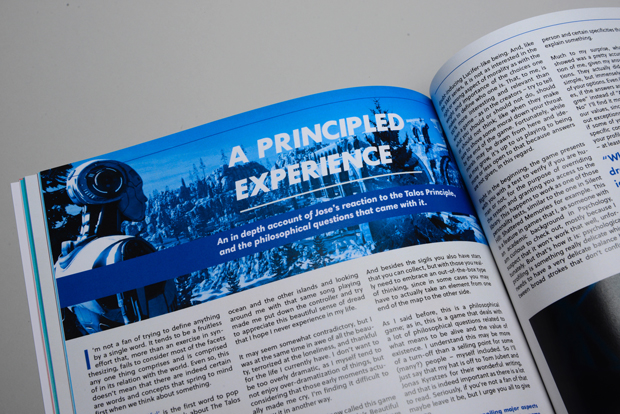 After this, we have AvtrSpirit’s ‘Critical Techniques for Games as Art.’ It was cool to have a section talking not just about game design, but also about game criticism itself, and how we approach gaming as opposed to other mediums. It was his idea to go for the hand-shadow motif, as he mentions it in his writing, so I tried to make some Mario themed ones. I’m 95% sure they’d be impossible to do in real life. 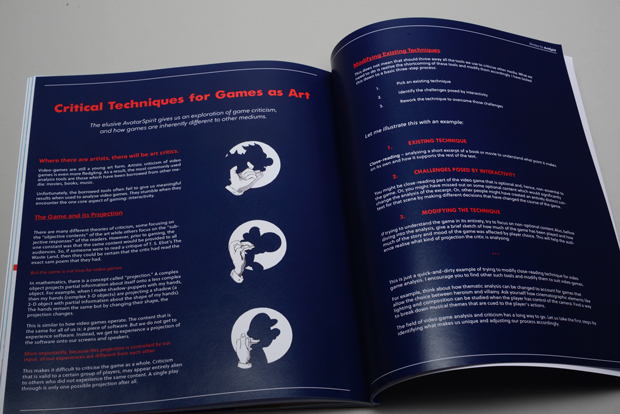 And our final contribution from the this wonderful little website comes from none other than Jonathan Holmes, who writes a heartfelt account of young love and Animal Crossing. 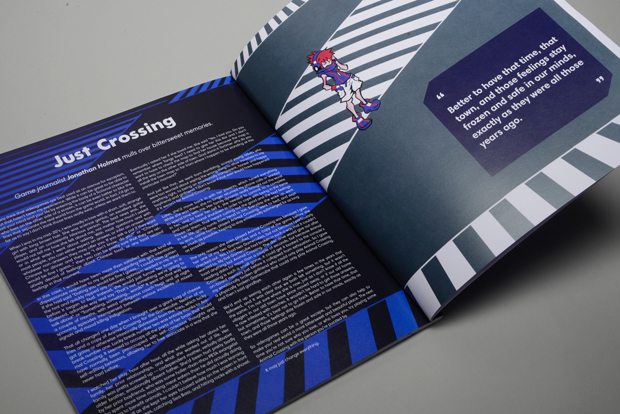 Holmes, I know your piece was about Animal Crossing, but I just really, really wanted to have The World Ends With You in there in some form, and I felt the image and the article played off each other well.

I also just wanted to take a moment and say thank you to everyone else who submitted. I wasn’t able to include everything due to time constraints, but you all made such a huge difference to my mood and optimism about the project. If I’m honest, I felt very lukewarm about the whole thing at the beginning. I was worried it wouldn’t be worthy of a final major project. However, as I saw your responses and submissions, I started to become more and more excited about the thing. You all made it rewarding and engaging to work on this thing Destructoid. Thank you so much. 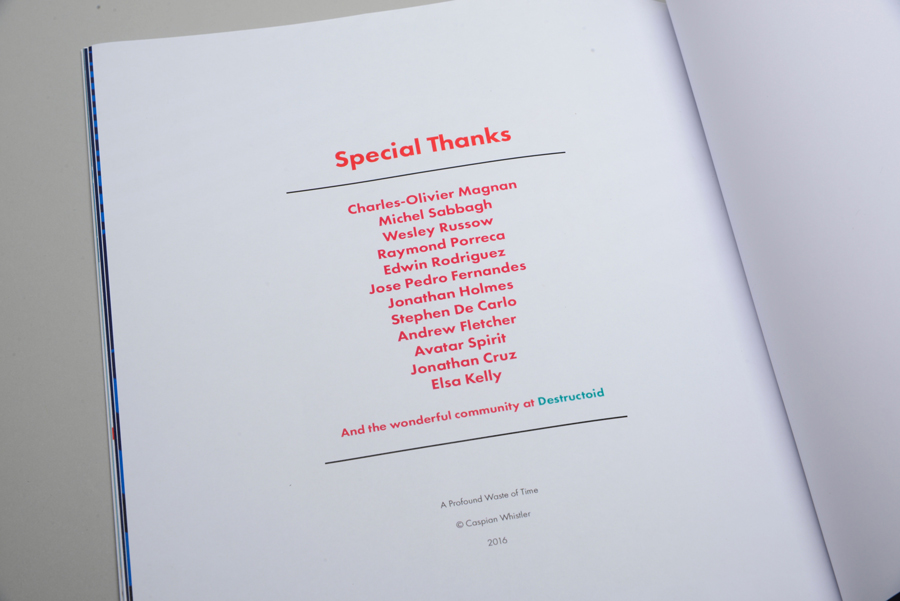 There’s a higher quality gallery of a wider selection of the spreads to my website. The mag has some typesetting issues so I won’t be posting the full thing online on issue until a bit later. Because of the perfect binding I’ll have to re-jig the whole thing in order to get an online version that looks nice.

Next up I’m hoping to get this thing published somehow. I think the project has legs, but I’d love to hear what you all think?

Feel free to get in touch!

Anyway, it’s 3 in the morning and there’s a crazy thunderstorm. I’m off to bed. Thank you so much everyone! 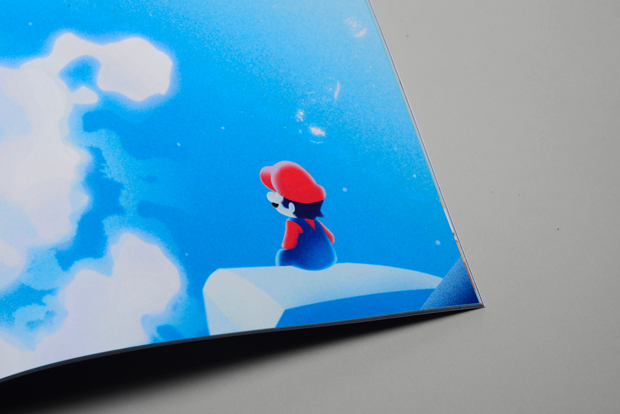