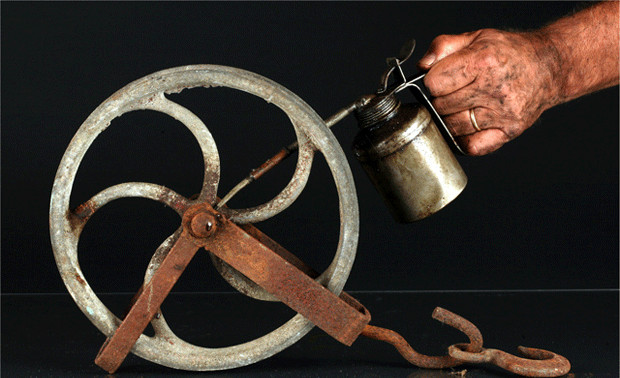 Everything comes at a price. It’s just one of those concepts that seems to elude many people. Wander around gaming sites for long enough and you will start to hear a grating, high-pitched noise. Draw closer and it will be joined by another. Then another. Before long, the air will be filled with a twisted cacophany of self-entitlement and uninformed judgement. It is nothing less than an army of squeaky wheels.

What do they want? Well, that depends on when you ask that particular question. If you ask relatively early in the development process, the answer is almost exclusively “better graphics”. Check out the comments to game previews on most sites, or spend some quality time with Jonathan Ross’ excellent Fanboy Friday series and you will invariably see some permutations of the following:

Now ask that question a second time once the game has been released and you’ll get a very different answer. The same outspoken Internet armchair quarterbacks always return, but this time they’re squeaking about something else.

What do they want now? Everything else, of course! Having clamored for better visuals and gotten them, it’s now time to stare across the fence and engage in some serious green vs. greener comparisons. Find these same commenters after the reviews have been posted and listen to the change in tune:

“pretty game, too bad it handles like a tractor, LOL!”

“I already have games that are only good for looking at. They’re called movies.”

You simply cannot have it both ways

Now, I could go on for another 20-30 paragraphs about how this kind of vitriolic two-faced behavior makes me feel. Double that length if I included my plans for what I fantasize doing to them with a used car battery, a sack of Susan B. Anthony dollar coins, a starving possum, the opportunity, and a lack of any social consequences for my actions.

Suffice to say for now, I feel that this type of conduct is self-evidently idiotic. While it might be emotionally fulfilling to switch on RAGE! mode and fire an incendiary salvo right into the heart of Squeaky HQ, that type of response doesn’t produce any meaningful results other than stirring the hornets’ nest.

Now, I’m not a game developer either, so I won’t claim to be a subject matter expert. However, I have picked up a few life skills in the process of walking my path over the years. One of the most useful to me has been the application of logic and reason to my emotional responses prior to expressing myself. This ensures that when I make a request, it is realistic and shows due consideration for what the other party is being asked to accomplish.

We’re all nerds here, right? Good. Then let me make my point with a familiar topic as an analogy.

The law of conservation of energy states that the total amount of energy in a closed system remains constant. How is this pertinent to our squeaky friends? Simple. The game development cycle is a variety of closed system where the resources are finite. The time-frame, people power, and budget are usually well-defined before the work ever begins.

Yes, there are plenty of times where a game is delayed or additional resources are added to the mix. However, even in those cases a developer will still avoid dedicating more resources to a project than they can reasonably expect to recoup in sales and revenues. So at some point there is still a hard-line limit to what a dev team can reasonably expect to accomplish with any given game.

A corollary of the law of conservation of energy is that energy can be neither created nor destroyed. It can only change form. So with a finite amount of resources, if you increase the level of resources devoted to any single facet of game development, then another area must necessarily lose resources.

This is true in the hardware — once you’ve learned to push a console or PC to its limits, you have to begin compromising. Graphics has to share space in the queue with AI, animation, physics, sounds, etc. When you level up the graphics you also level down one of these other facets.

In the development cycle, the time and human resources placed into one area limits the amount you can place into another. Creating art assets, animating, level design, sound design, game engine creation, play testing, balancing, debugging and more all factor into the picture and compete for time and energy.

When a mechanical system is inefficient, some potential energy is lost into the transfer to kinetic energy. This lost energy usually changes form into heat energy. When an intellectual system is inefficent, people getting steamed and overheated is also a natural byproduct. Cool down, squeaky wheels. Let’s have a drink and rationally discuss our differences — it IS said that alcohol is a social lubricant.

So, to the squeaky among you — stop making absolute statements and then harshly judging the fruits of an allocation process that you had a hand in creating. It doesn’t matter if your priorities or preferences are different from mine or anyone else’s. But please, give me some context to understand your position from. Tell me which slider you’d pull back on to make room for your demands.