Capcom (among other publishers) is doing it up big for San Diego Comic-Con, making me a bit jealous I won’t personally be covering it for Destructoid.

Among the stuff on hand, Capcom will be giving away a Spyborgs comic book, exclusive for Comic-Con. A team-up with UDON, the comic explores the Spyborgs universe as a prequel that leads up to the start of the game. Looks like all you have to do to get the comic is show up to Capcom’s booth, play the game, and look pretty. That doesn’t mean you need to dress up like one of the Spyborgs; but if you’re a fit female and want to dress up like Clandestine, I’m sure Capcom won’t complain.

Who’s headed to Comic-Con this week? Destructoid is, with Dale covering the videogame-related stuff, and Colette combing the floor for Tomopop. Oh, and Rey will be on hand, so expect plenty of video. 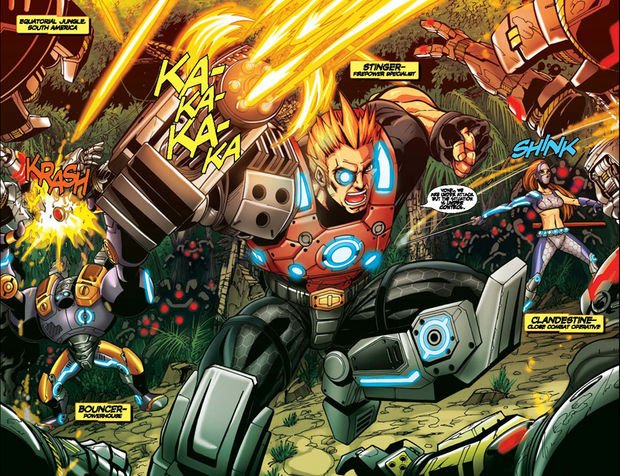