Some might say I am a happy-go-lucky guy. I walk around the streets of Los Angeles with a noticeable spring in my step and occasionally (read: all the time) get caught humming a song from Mary Poppins as I brush my teeth in the morning. Basically, not many things get me angry.

Lately, though, something in particular has been making me a little crabby. In fact, I would go so far as to say it is really getting my goat. So what is so bad it is forcing me to bust out the old lady phrases? Well, here, take a look at this quote from the recent Entertainment Weekly movie review of Star Wars: The Clone Wars:

The animated Anakin, Obi-Wan, etc. (all with faux movie-star voices) are drones, and the repetitive combat sequences only add to the turgid videogame anonymity of it all.

After I looked up what “turgid” meant, I was outraged. These blanket statements about videogames being mindless entertainment have got to stop! Seriously. Enough is enough. I dedicate my life to an art form (yes, art form!) that, at times, can be much more emotionally satisfying and rewardingly complex than any movie I have ever seen. And, yes, that includes my beloved Showgirls!

Hit the jump for a rant/plea directed at all you movie reviewers out there. Please know that I greatly admire what you do. I would just appreciate it if that respect was returned. 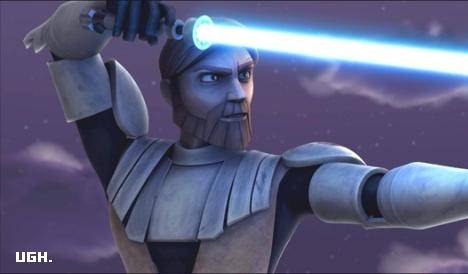 First things first: I dislike The Clone Wars just as much as you. I am not mad that you hated the movie. In fact, I would probably lose respect for you if you didn’t.

My problem is how you compare a specific movie lacking thought or substance to a medium as broad as videogames. The issue is simple as that. Sure, you may not think it offends anyone — I am guessing you even think you are being accurate — but I am here to tell you that you are wrong.

As an example, let me write a fake review for a made-up videogame using the same tactic that Mr. Gleiberman (the reviewer from Entertainment Weekly) used:

The Suns of Dragnor (my horribly uncreative made-up videogame) is an uninspired piece of filth. In particular, the set pieces — invoking the same lack of creative thought evident in film — do nothing to stimulate the imagination.

You see? Writing a generic comparison to something as varied as film makes me look uneducated and completely misinformed.

Now, had I said this, things would have read a lot differently:

The Suns of Dragnor is an uninspired piece of filth. In particular, the set pieces — invoking the same lack of creative thought evident in something like The Number 23 — do nothing to stimulate the imagination.

Instead of “videogame,” had you used something specific like Yaris, we all would have understood what you meant — and applauded the comparison in the process! 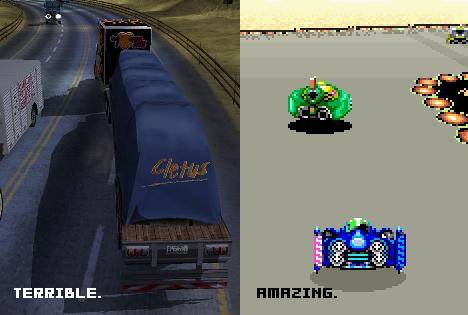 Maybe you are right. Maybe the general public that reads your magazine doesn’t know most videogames by name. In fact, maybe you yourself don’t know the difference between the quality of F-Zero and the awfulness of Big Mutha Truckers. I am not faulting you for not being a gamer. But, if this lack of knowledge is the case, MAYBE YOU SHOULDN’T USE THE MEDIUM AS AN EXAMPLE!

It’s funny. Things like this don’t usually bother me, but I feel like my mind has been inundated with so much of it lately I can’t help but ignore it.

Here is another quote, this time from Roger Ebert’s review of Death Race:

It is an assault on all the senses, including common. Walking out, I had the impression I had just seen the video game and was still waiting for the movie.

Again, the word videogame is used to describe something obviously inferior to film. In this case, things are more specific (Roger Ebert is obviously referring to the nonexistent videogame version of Death Race), but just as silly.

Do you really think videogames are an “assault on all the senses?” I know your work, Mr. Ebert. I know how much you worshipped the (admittedly great) films Dark City and Babe: Pig in the City for their daring visual styles. Had you bothered to look, you might find something to love in videogames like Okami or the stunning Shadow of the Colossus. 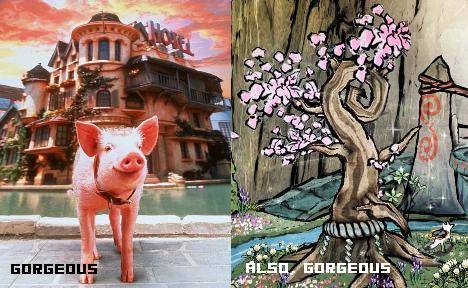 The bottom line: All I ask is that you movie reviewers think about what you type before you type it. I am a gamer and proud of it. I have dedicated my career to writing about videogames — a life I find both admirable and challenging. Your comments don’t horribly upset me, but it is tough to hear a respected journalist not only misunderstand what videogames are, but denigrate the hardworking, talented members of the gaming industry by issuing generic statements saying that videogames are basically nothing more than mindless flashing lights (whew!).

With the enormous success of the gaming industry, maybe it’s time to educate yourself on what videogames can truly offer. You might be surprised to find they can be both beautiful and — gasp! — thought-provoking … just like your precious movies.