When Chad Concelmo wrote his impressions of The Legend of Zelda 25th Anniversary Symphony last October, I felt a mix of elation and disappointment — elation because the music of the venerable Zelda franchise deserved a night-long event dedicated solely to it, and disappointment because I was most certainly missing out on a once-in-a-lifetime opportunity. My spirits quickly turned around when I remembered that the concert would be going on tour across America this year.

The Legend of Zelda: Symphony of the Goddesses has been changing lives for the past few weeks, thus I was anxiously awaiting the Orlando date in July. But wait! There was going to be a show in Los Angeles on Wednesday, June 6, smack in the middle of E3 week. Why wait another month when I could experience the magic sooner?

When I asked my fellow editors if anyone else wished to accompany me, Jayson Napolitano chose to flaunt his connections and hooked us up with not only a bunch of free tickets but also an interview with the concert’s producer, Jeron Moore, following the show! One day, I’ll have to return the favor to Jayson by gifting his child a herd of champion Thoroughbred stallions, but let’s worry about that later. 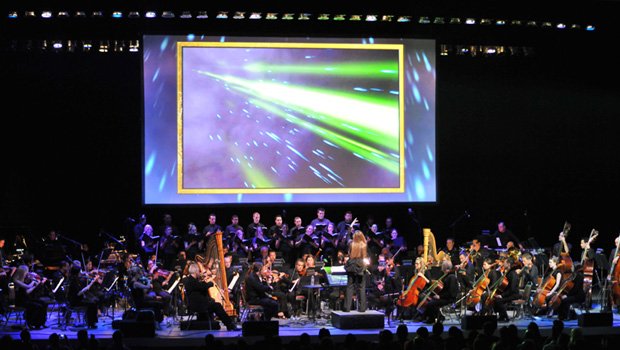 “This show, I think, represents my original vision of how we wanted to do Zelda in concert,” Jeron told me after the crowds has returned home. Granted, I was unable to catch any of the original three anniversary concerts, but I understand that the show has grown and evolved in ever so subtle ways since then to the point where Jeron feels Symphony of the Goddesses has finally found its sweet spot.

Zelda in concert is a dream come true that has long been overdue. As Jeron explained, “[Music director and arranger Chad Seiter] and I teamed up with the executive producer, Jason Michael Paul, who had a relationship with Nintendo and basically opened the door for us to pitch our idea to them… We were going to do the 25th Anniversary Symphony in Tokyo, but instead, how about we do it in three different cities and you guys help produce it, and then we’ll look at this other thing after that?” It seems so simple in retrospect, you wonder why it didn’t occur sooner.

But I’m getting ahead of myself! Roll back the clock to 7:30 PM, June 6, when Steven Hansen, Brett Zeidler, Patrick Hancock, and myself were sitting in our rented van, enjoying a dinner of El Pollo Loco, on our way to the Greek Theater. Located in the beautiful Griffith Park, the Greek Theater makes you forget that just moments ago you were in the hustle and bustle of urban LA. One minute, you are driving past a taco joint or a dim sum restaurant at every intersection, then the next minute, you are scaling a thick, wooded mountainside, passing by the homes of people well out of your tax bracket. It’s so quiet and secluded, there’s a slight chill in the air, and… holy shit, is that a coyote!? I see no less than three coyotes scavenging the streets for food! Where am I!? 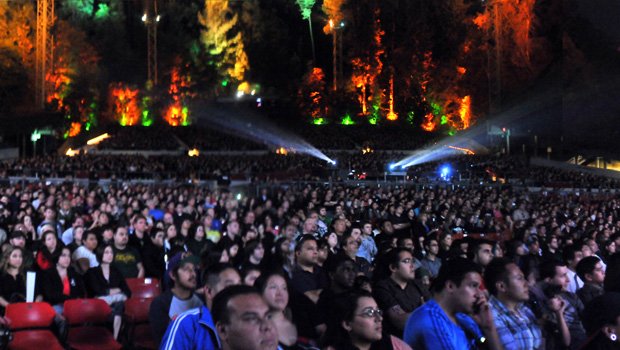 We eventually find our seats, located near the front in Section A (you are the man, Jayson!). The open air theater is breathtaking — seeing so many Zelda music lovers stretched out into the distance, towered over by these grand, illuminated pine trees, fills you with so much pure joy. So many people are to here to listen to a live performance of videogame music, and not just nerds in T-shirts either! Why, there is this man in his 50s sitting next to us, and throughout the show, he is describing to his wife the events unfolding in the video clips accompanying the performance, overflowing with the enthusiasm of a child on Christmas morning.

Our host for the evening was Zelda Williams, daughter of comedian Robin Williams and somewhat the unofficial spokesperson for the Zelda series as of late. She had previously emceed the London anniversary concert, but despite her past experience in addition to her acting background, she was visibly and audibly nervous in front of thousands of people. Performing in front of a camera is clearly a completely different ballgame for her.

But you know what? She was a champ. Through her corny jokes and shy demeanor, you could tell that she was being genuine. This is a girl who loves the Zelda series as much as anyone in the audience. And when she introduced the Majora’s Mask arrangement, she geeked out ever so slightly at the anticipation of hearing music from her favorite game in the franchise. I can’t think of a more appropriate host. 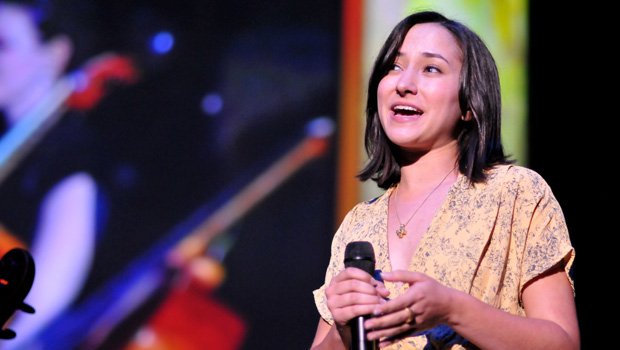 Presentation aside, it all comes down to the music, which is as rich and as varied as the games themselves. Like Jeron says, “Every game is so frickin’ epic, but they’re all different. Just like the games, where visually every game has its own style, when you are looking to the four-movement symphony, every movement has its own character, not one of them sounds alike, but there are little things that tie them all together. It’s fun to play with that.”

If you’ve attended one of the anniversary shows or listened to the CD bundled with Skyward Sword, you are already slightly familiar with the material that was played. The concert is still conducted by Eímear Noone, and you still hear movements based on The Wind Waker, Twilight Princess, and more. But even if you know what to expect, you can’t prepare for just how awe-inspiring the performance is. I mean, this is the soundtrack to those sleepovers with your best friend, waking up before dawn on Saturday morning to get through Turtle Rock before his mom can even start breakfast. Hearing it live by a full orchestra is to literally hear the legend come to life.

I have to apologize to Concelmo for the gloating I’m about to do, but remember how you lamented the lack of “The Ballad of the Wind Fish”? Yeah, I heard it, and it was amazing. Seiter was able to stretch it out and explore variations of the theme to take us on a musical journey through Link’s portable quest. As Jeron humorously described, Seiter asked himself, “How would Hans Zimmer do this?” 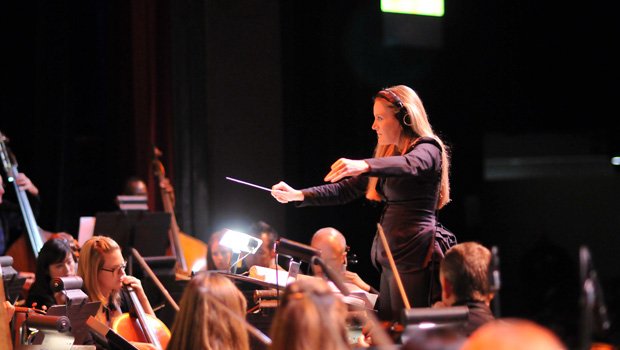 Following the tour kick-off in Jeron’s home town of Dallas, the program was shortened for a time before the current set list was finalized. Even at that, there is so much music that we’ll probably never get to hear. “We actually have longer versions of every movement we started with, and it became monstrous. Like, whoa, there is no way possible that we could actually do this in concert! It’s just too massive! So we had to condense it down and pick the core things that (A) people are expecting or (B) that are absolutely important to the story.”

I would love to hear some of that cutting room material one day. I’d also love to hear more pieces from Skyward Sword other than “Ballad of the Goddess,” but Nintendo would most likely say no. For that same reason, there probably won’t be another compilation album for a while as well. “We would love to [make a new album]! The key is that it’s a little too close to the release of Skyward Sword. [Nintendo] doesn’t want to step on that.” Unfortunate for now, but rest assured that the idea is cooking!

The Legend of Zelda: Symphony of the Goddesses is pure magic. There is simply no other way to describe it. In fact, I’m seriously debating whether to see it a second time when it arrives in Orlando next month. I advise all of you to check the schedule and make your own plans as soon as possible. I guarantee you won’t regret it!