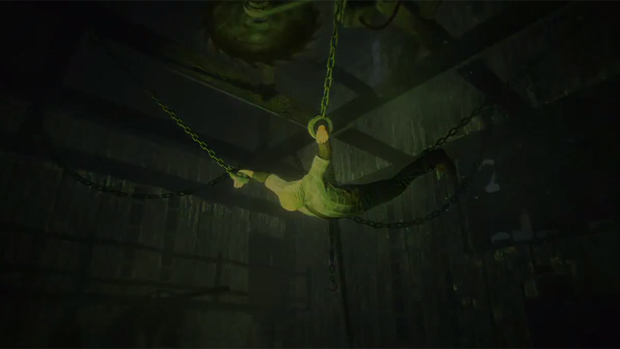 Also, questions on the logistics of murder

Sony released a creepy new trailer for the upcoming “teen horror” game from Supermassive, Until Dawn. There’s a creepy cabin, buzzsaws, a dude who looks like he’s having a bit of a bad day and Polaroids of kids with numbers on them. Looks like Halloween to me.

I just have a few questions. How did the killer get the guy suspended like that? A winch? I can’t imagine you’d get such a reliable, quick result from a hand crank and pulleys. Would you need to rent a special one, or would I just be able to use the kind you see on pick-up trucks? Why do I ask? Oh, no reason. Just curious.

It’s been a time since I watched a proper, hormone-fueled horror film where 80% of characters under the age of 25 are expected to die. Probably not since the remake of A Nightmare on Elm Street back in 2010. I assume the formula is pretty much unchanged, but we rarely see that kind of horror in our videogames, so I’m pretty enthusiastic about checking this out.